Let's save the environment -- but don't make me ride the bus?

Younger Daughter has conned us into letter her drive to school four days a week. On each of these days she has band class that starts at 7:00 am. That's before the start of the regular school day -- and before the scheduled bus arrives.

Younger Daughter seems to hate band. She harbors a profound dislike for her teacher, which is apparently reciprocated, and -- though she will play her mother's guitar (upside down and pointing the wrong way) for hours on end (with, admittedly, increasing skill) -- she will not practice her trumpet. At all.

She will not even bring it home so that her instructor thinks she might be practicing.

I don't know what's worse for the instructor: That Younger Daughter will not practice her instrument, or that Younger Daughter is pretty good at that instrument anyway and better than anyone else he has available. The presence of her trumpet on a shelf in the Music Room each night must be a regular irritant for the man.

Long Suffering Spouse and I have suggested -- several times -- that Younger Daughter quit band. She has no ambitions of a musical career. But she will not quit.

And it's not that band furnishes her with an excuse to drive -- no, indeed! It is, rather, that she is determined to finish her four years in band so that she may wear a pink tassel on her graduation gown. I am virtually a war criminal for suggesting otherwise. 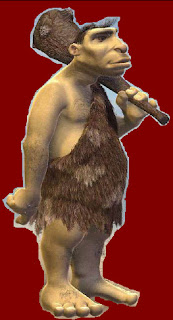 But there's a catch... band meets only on Tuesdays through Fridays.

On Monday, therefore, I have decreed, Younger Daughter must take the bus.

This has met with howls of protest, both from Younger Daughter and from Youngest Son besides. And these howls are renewed every single Sunday night.

Youngest Son attends a different school, but it is generally on the way to Younger Daughter's and he therefore also rides with her each morning... and, thus, on Mondays, he too must take the bus.

You might think I have decreed that on Mondays they must eat sawdust and walk across beds of hot coals.

Mind you, these are the same children who will lecture me on the environment, who will preach to me about Global Warming (just as they've heard it preached to them at school) and who consider me to be a Neanderthal reactionary.

Which I may be... but I generally take the train.

Oh. And I also turn off the lights that they leave on in every room of the house that they've visited....

What is it that I'm missing here?
Posted by The Curmudgeon at 9:08 AM

For whatever small comfort it is worth, you are far from alone on the issue of turning off lights! That goes on here on a constant basis as three people here know how to turn the switch on but none of them have learned yet -apparently -how to turn those same switches to the off position. Bathroom light with five bulbs above the vanity MUST be left on, the hall light, any lights in other rooms they've been in and if laundry is being done, why the cellar light must remain on the entire length of time the washer, then dryer are both running. All day long, all night long too at times until I see they are on and hit the off switch. Meanwhile, my daughter -who does all the laundry here -has hissy fits about saving electricity by hanging clothes out to dry whenever possible but still hasn't learned to turn lights off throughout the house. Rob Peter to pay Paul continues to live on here I guess.

Did that sound about right?

I don't think you are a Neanderthal. You sound like a parent with an eye toward saving money on gas and electricity.
More power to you (get it?? I just made that up)

Curmy, are you the Neanderthal that makes your kids practice their instruments? At least she will get a tassel, the only acknowledgment in our HS is going to be a maker next to their name in the graduation program...

What are you missing here, with tongue firmly in cheek, you ask?

Try flashing back on you at your sixteen year old worst, clean it up a bit and overlay on Daughter.

Younger son? How cool is it to have a private ride, even if it is with Older Sister, to lord it over his bus riding friends?

But then you knew all that. Aren't kids a joy?

I wish our kids were as switched on to the environment. Everyone here says they think other countries should do their bit first, they don't feel personal responsibility.