Oddly enough, this is the first post I've put up here in a year -- to the day, actually -- which would make this Granddaughter No. 4's 2nd birthday today. Since then, she's been joined by Granddaughters 5 and 6 and Grandson No. 1. Youngest Son got married last summer, too. Small wonder, then, that I haven't blogged here -- with the demands of work and family, I can barely keep up the things I must do, much less those that I might want to do.

But, whether I write them down or not, things are still churning around in my brain (my motto: space available), and one idea in particular has come to the fore repeatedly.

And I still can... I just don't want to. Not to the same extent, anyway.

My kids are largely a lost cause on this subject.

Middle Son used to have a 'rule' about what movies I could put on in his presence -- it had to be in color -- like most Millennials, he can't abide black and white movies -- and it had to be made after 1950. And he could not stand musicals.

So imagine Middle Son's aggravation this past holiday season when he showed up at his younger sister's house to pick up his infant daughter (Younger Daughter watches Granddaughter No. 5 three days a week) and found the baby cooing along happily with Bing Crosby and Danny Kaye in White Christmas.

Middle Son blamed me for his daughter's apparent corruption -- even though I was nowhere near Younger Daughter's house on the occasion in question. Nor was he mollified when I pointed out that the movie in question was both in color and made after 1950.... 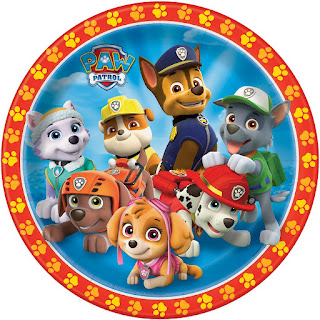 Of course, in order to transmit my cultural legacy it will be necessary for me to endure whatever the grandkids like at any given time.

These days, the Disney Princesses and the Paw Patrol pups are at the top of the charts with my grandkids.

Much as I would like to grumble about the failure to teach the U.S. Constitution in our preschools these days (Article I, Section 9, Paragraph 8 -- the Emoluments Clause so much in the news of late -- begins, "No Title of Nobility shall be granted by the United States" -- and yet all my granddaughters want to grow up to be princesses!), I realize it will not advance my purpose. So I have learned instead to tell Sleeping Beauty and Cinderella apart at sight. (That's not as easy as you might think. Thank goodness for Disney diversity; it's much easier to tell Merida from Mulan, or Jasmine from Belle. Ariel has the red hair -- and fish tail. Snow White's a brunette....)

And I've impressed my fellow grandparents with my recollection of the various and sundry Paw Patrol pups and their catchphrases (Chase -- Chase is on the case! -- Marshall -- I'm all fired up! -- Skye -- Gotta fly! -- Rubble -- Rubble on the double....)

But when I recite all the Paw Patrol pups to the grandkids, I always ask, "Where's Ishkabibble? Ishkabibble's my favorite and I never see him." The older ones wait for it, now, ready to howl: There is no Ishkabibble!

But I will demand a high price for this willingness to learn what the preschool set finds to be culturally significant. Someday, they'll have to watch Fred and Ginger movies with me. In glorious monochrome. Just as God, and the RKO Studios, intended. And then I'll get to watch them again for the first time, through new eyes.