Shel, from Musings of a Phenomenal Webmistress sent me this quiz. I had some fun answering the questions that I could -- there were a few on which I had no clue whatsoever, and on others I made some bad guesses.

I'll post those answers this afternoon. Stay tuned... and see how you fare in the meantime.

And, yes, this quiz is very locally focused. But if Chicago gets the 2016 Olympics you'll be looking for Chicago material... and here it is.

(2) What was the former name of Martin Luther King Drive?

(3) How many times was Richard J. Daley elected mayor?

(4) Identify any two of the candidates who ran against Richard J. Daley for mayor. 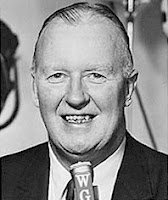 (6) What did Jack Brickhouse yell when the Cubs hit a home run?

(7) Name, in order, the three papers Mike Royko wrote for.

(8) What gasoline chain had Dino the Dinosaur as a mascot?

(9) Which of Bill Veeck's legs was the peg-leg?

(14) Name the announcer of TV bowling at Faetz-Niesen.

(16) Where were the Stock Yards located?

(18) When he wasn't doing Riverview commercials, what was Two-Ton Baker's profession?

(19) What Catholic archbishop has a suburb named after him?

(22) Name the sponsor of TV wrestling who was killed by an unhappy customer. 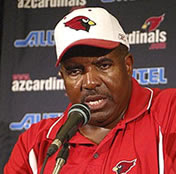 (23) What was the last home stadium of the Chicago Cardinals? (Yes, this is the same franchise that is now the Arizona Cardinals, coached this past season by former Northwestern and Minnesota Vikings Coach Dennis Green. They didn't do well in Chicago either. And they're still owned by the Bidwill family.)

(24) Name one locally-brewed Chicago beer. (Recent brew-pubs do not count!)

(25) Before Circle, where was the Chicago campus of the University of Illinois?

(26) Where did the Beatles perform on their first trip to Chicago?

(28) Name the boxing champ who gave his name to a local milk company.

(29) Where was the Army Induction Center located?

(31) Who wore an Uncle Sam suit, and was always a losing candidate for public office? (I've given this away in a past entry.)

(32) What public building was often called simply "Eleventh and State?" 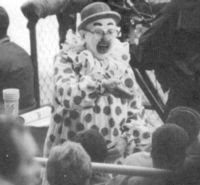 (34) Name the TV show that was the source of the local catch-phrase: "Right Here, Harv."

(35) Who were the Lincoln Park Pirates?

(40) Name two Illinois governors who served time in prison. (George Ryan doesn't count because, though sentenced to jail, he's free pending the outcome of his appeal.)

I warned you that some of these are extremely local... but see how you fare or pass it along to a Chicagoan, ex-Chicagoan or Chicagoan wannabe in your life.
Posted by The Curmudgeon at 9:05 AM

Email ThisBlogThis!Share to TwitterShare to FacebookShare to Pinterest
Labels: Mailbag, No Prize Contest

My uncle stumped me with this one too...I feel like I'm letting my city down!

#3 Mare Daley - I'm not sure how many terms that he served but he was mayor for 20 years until his death in office. I still have a copy of Royko's Book "The Boss".

#24 -I can recall at least three without really thinking hard: Fox Deluxe, Shoen's and Yusay Pilzen (I lived less than a half mile from the Brewery and Pilzen Park).

Having never BEEN to Chicago, I wouldn't even attempt it.

I'm sure I would fail miserably at this so to save myself from a sleepless night I'm just not going to put myself through it :)

that quiz is wayyyyyy out of my league. I knew a few..

I do remember, however, the snowstorm of February 14th, 1990. I was trying to fly into midway on southwest, we circled for about an hour but then determined it was too bad to land, and went all the way back to the airport of origin. it wasn't a happy day, hahahha..

I remember the Valentine's Day storm well, but I was safely on the ground. And the subway and el's were running. I remember walking home along the Kennedy frontage road and marveling at how quiet it was... quiet because there was no traffic moving on the expressway at all.