A couple of days ago I did a silly post about Internet traffic and how certain key words in posts had generated spikes in my Sitemeter statistics.

OK, barely perceptible ripples -- but that's beside the point. A number of you left comments suggesting other phrases I could use, or that you have used or might use, that might also cause traffic spikes.

May, from about a nurse suggested that I insert the words "naked lawyer" in a post. May, I will do no such shameless thing... or will I?

MJ, of Nurse Ratched's Place recalled that she'd once used the term "hot nurse." The many persons racing to her blog who relied on that phrase in their search argument may have been disappointed to learn that she was writing about an air conditioner malfunction. Now, I've disappointed them yet again.

Chris, of Thermal accused me of "linkbaiting" -- which sounds disreputable, surely, if not downright felonious. But, in due course, he offered a suggestion... which I won't repeat... although his comment remains available for your consideration. 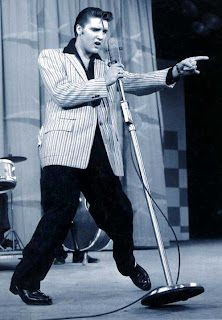 Barb, from Skittles recalled that her husband, Mike, of Mike's Place, once did a "hillbilly name generator" that generated a lot of traffic. Probably from people with at least two first names each.

Elvis' birthday was January 8, the same day the post in question appeared. Coincidence... or not?

I didn't think so either.

Anyway, since it was Elvis' birthday so recently, it seems appropriate to run his picture. 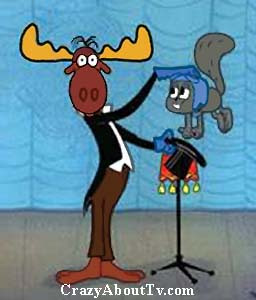 And Susan, of stuff and nonsense, chimed in mainly because I'd run a picture of Boris Badenov and used the phrase "Moose and Squirrel."

Well, I used it again.

But, anyway, the three terms that had started all this fuss were "Chrissy Popadics," "basement fusion reactor," and "Dominic the Christmas Donkey." Why this happened I don't know. Perhaps Bobby Griffin of The Bestest Blog of All-Time can explain it. All I know is that the repitition of these these key phrases somehow pumped up the page ratings of the original (very different) posts in which each of these terms appeared. So, in fact, I did generate a little boomlet... most of which arrived via search arguments including "fusion" and "Thiago Olson" -- who really did build a fusion reactor of some sort in his parents' Detroit area home.

I thought this was all very amusing, until I noticed that one of the domain names was "pentagon.mil." 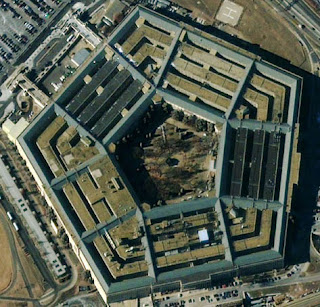 Uh oh, I thought. I've stepped in it now. Heistantly, cautiously, with some budding regret that I may have inadvertanly diverted someone from a national security matter, I clicked for details about this visit... what was the referring URL? 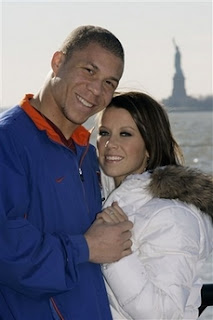 Ladies and gentlemen, Boise State's own Ian Johnson and Chrissy Popadics. It's still a great story....
Posted by The Curmudgeon at 9:02 AM

Houston, we have a problem...

I think the announcer BLEW IT when he said "I think this guy wants to ask his girlfriend to marry him!" on tv. Hello, let's tell her then let him ask. But she looked happy.

Thanks for the link to your baseball story. I can tell you, since our roof was fixed two years ago, we're thrilled at ANY rain, so thanks for visiting. Too bad I didn't know you then, I would have met you to watch the game, but there's always this year.

Oh and for a long time, the biggest link generator to my site was an unfortunate day when I quote the lyrics of a certain Sheena Easton song. It has brought more people to my site than anything else.

Why, don't know. But there you go.

well curmy as long as i don't have to get naked to read your blog i guess it's okay... what with all the ailments i've had looking for things lately, i'd never find my clothes again.

do comments make you get hits on your sitemeter??? naked readers and ho ho ho sitemeter ho....... (think that will help?) you're welcome.....bee

You've been TAGGED with the Thinking Meme!

I've only just found this (thanks Technorati!) and I must protest!

I used 3 everyday words, in a random order on one of my posts - it's not my fault I was deluged by panting half-blind onanists, searching for a view of Ms Spears' under-carriage.