How to argue a motion -- Part One 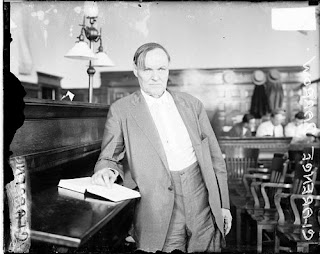 The young lawyer had prepared an excellent brief in support of the pending motion and the senior partners have decided the young lawyer was "ready" to appear in court and argue the motion alone. "Flying solo," the partners called it. Also, one had a lunch appointment with a client and the other had a 1:00 pm tee time. The golfing partner had signed the brief, so the firm was "covered" with the client.

The magic moment arrived: The young lawyer stepped up to the bench, and began, "Good afternoon, Your Honor."

The young lawyer may have had a riveting 10 minute argument carefully scripted. But if the judge interrupts there is only one thing to do: Shut up.

The learned judge can surely argue your case better than you, the young lawyer. At least so far as the learned judge is concerned -- and that's the most important thing right now, isn't it? If the judge wants to talk, let him talk.

The judge (who may have a tee time too, you know) cuts off the argument at "Good afternoon," and turns to opposing counsel.

"Counsel, your opponent cites five Illinois Supreme Court cases in his brief that appear to be right on point. What do you say to this?"

"Well, your honor, my young friend here has left out the Smith case which surely is the leading case on this issue. There must be hundreds of cases that follow it. Smith states the rule -- and counsel has merely cited the exceptions to the rule."

It is bad form at this point to turn red in the face and jump up and down and say that your learned opponent is making Smith and its progeny up out of whole cloth. Even though you are certain that this is so. Even if it is so. Shouting "liar, liar, pants on fire!" is almost a sure method of pushing the court into following "Smith."

If the attorney "citing" Smith has enough gray hair, the court will be inclined to follow Smith anyway. Right down the primrose path.

Do not condemn the learned judge. There is a reason why we call it the practice of law: We never know it all. But there is reason to believe that the older lawyer should know more than the younger one.

I remember once asking a clerk to research an issue. I knew a starting point and I gave the clerk the case citation. But I knew there had been changes in the law and I couldn't remember what the current case was. If I'd remembered that I wouldn't have needed the clerk's help. 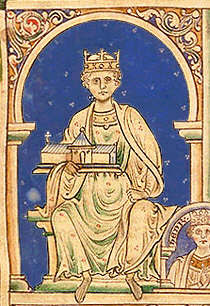 What I received in return, however, was a very scholarly memo tracing of the legal principle in the case I'd provided, all the way back to the Statutes of Henry II.

What I didn't get was the case that had since abandoned the point of law in the case I'd provided to the clerk -- the case that I dimly recollected to be out there, lurking in the legal shadows.

I suspect that everyone who has been around long enough has at least one story like this. The clerk, a law student, had taken an academic -- law school -- approach to the question when I wanted a lawyer's approach: I want a case that will impress the judge. What will impress the judge is a case that provides the court with reassurance that he or she will not be reveresed if my argument is accepted. Preferably a case decided in the last five minutes, so that it is unlikely that the Appellate Court has not yet changed its mind.

What will not impress the judge is a learned treatise tracing the principle of law back to when case diverged from assumpsit. Indeed the judge may be angry with the lawyer for dredging up traumatic law school memories. And, besides, there are often page limits to consider.

If you've read anything in this blog you will have arrived at the conclusion that I can be a trifle, uh, long-winded. It is an occupational hazard. Mary Anne, of A Place I call Home, is running a little contest this week, looking for "dental horror stories". She's asked for entries of 250 words or less. Lawyers can't say "good morning" in less than 250 words.

Well, maybe I just did -- but you understand the point.

But back to our annotated colloquy: How do we get the judge to realize that the Smith case is a fabrication, whole and entire? We've eliminated "liar, liar, pants on fire" as an appropriate rejoinder. So I would suggest this instead:

"Your Honor, I must admit that I am unfamiliar with this Smith case. I did not come across Smith in my resarch on this motion, or indeed any reference to Smith. It isn't mentioned in any of the five cases I've cited and I would have thought that the court would have acknowledged a rule if it was carving out an exception. Perhaps counsel could give me the citation so that I can examine the case...."

Two things here: First, never ask opposing counsel anything directly. That's not being rude to counsel, it is proper etiquette in court. Second, our young lawyer is taking advantage of youth and inexperience, turning the judge into a mentor.

And, of course, the young lawyer has in fact said "liar, liar, pants on fire" -- but not in a way that embarrasses the court.

This is particularly important if the learned judge plays golf or plays cards with your opponent.

So the judge looks to the young lawyer's opponent and says, "What is the citation to Smith again? I can't remember myself."

A lifeline is being extended here. The learned judge may now suspect that counsel is imagining Smith and he or she is giving counsel a chance to say that he can't remember the citation either. With luck, the court will now take the motion under advisement, and in due course issue an order granting the young lawyer's motion.

Sometimes, wary of this trap, unwilling to be called out on a Smith or Jones case that does not and never has existed, counsel will instead say, "So my young friend here has cited five cases. But there are lots of cases that say the opposite."

No Smith corner in which to be painted.

But the response is still the same: Play on the court's paternal or maternal feelings toward you, the young lawyer, and ask the court to ask counsel for any of those cases. Any of them. So that you can read and grow and learn.

And thereby call out the old fogey just the same.

But one final bit of advice: Don't gloat. Someday, you'll have the gray hair.

Quiz Answer: Clarance Darrow. But you all knew that, didn't you?
Posted by The Curmudgeon at 9:35 AM

assumpsit, i had to look this one up curmy. “a thing that is assumed to be true”, or “the reception of the Virgin Mary bodily into heaven”. alrighty then, next I went to the urban dictionary, cause i don’t always believe wordperfect. nothing. (well it actually did give me assturbate but i think that is something different so i won’t go there.) so there you go. i learned something today. plus i emjoyed the little story. thanks curm.....bee

I think this is one of your best posts. I really enjoyed it. Reminded me of the genre of trickster tales. And Yeats has lots of poems with the youth and old age trope. You are in very worthy territory.
Happy New Year BTW

250 words to say Good Morning, indeed. At first I thought you were kidding, but as I read on, not so much....