Science investigates who's the boss at home 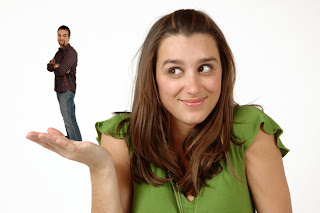 When I was presented with my first partnership agreement, my prospective partners urged me to consult with the firm accountant to make sure that the financial numbers "worked."

I remember reviewing some of the rather one-sided terms with the accountant one Saturday morning: On paper it looked like I'd be gaining a title, a debatable ownership interest, a real share of the potential liabilities, and no control whatsoever.

The accountant didn't disagree with my analysis.

But he had a wise observation, which has stayed with me to this day: "There won't be any problem," he said, "as long as all of you agree."

That remark came back to me as I read this article by Jeanna Bryner on LiveScience.com, "Study: Women Are in Charge at Home".

The title expresses the conclusion reached by the researchers. At first I thought I could do one of those "and people get paid for this" posts on this article. But then I read that the results of this study "counter[ed] past research."

The study's lead author David Vogel, a psychologist at Iowa State University, told LiveScience that, "Most of the research literature in psychology has suggested that women have less power.... They have largely based that on the fact that traditionally men earn more money and so therefore would have the ability to make big decisions in the relationship."

Ms. Bryner's article summarizes one reason why wives have the final say at home: "One reason for in-charge wives could be that they carry the weight of making sure the family farm is running smoothly." (Without access to the actual study, I don't know whether this is an evolutionary anthropology reference... or if this report was rather narrowly tailored for an Iowa audience....)

Another author of the study, Megan Murphy, also of Iowa State, told LiveScience, "Women are responsible for overseeing the relationship, making sure the relationship runs, that everything gets done, and that everybody's happy."

Murphy is also quoted in the article as saying, "There's been research that suggests that's a marker of a healthy marriage -— that men accept influence from their wives."

In other words, gentlemen, we are absolutely in charge... as long as our wives agree.

Accompanying photo taken from the LiveScience site; credit given there to dreamstime.com
Posted by The Curmudgeon at 1:49 PM

sounds about right to me!

I'm in charge at my house! Or is my daughter in charge? Let me rethink this one ...

i guess the unspoken truth is...women are in charge at home, but we are smart/sensitive enough to make it appear like men are. let's face it, that makes everbody happy:)

My husband calls me, "She Who Must Be Obeyed"
I married a very wise man.

I agree with May's comment. To keep everyone happy, the men can have all the accolade but we know who has the final.

And your problem here is....

I think that agreement is the start of a long and happy marriage...

agrees with the idea IF MOMMA AIN'T HAPPY ~ NO ONE IS HAPPY...

This reminds me of the routine Bill Cosby does where, talking about his wife, he says, "I've seen the boss's job and I don't want it." :)

This concept of the wife being in charge but letting husband feel as if he is sounds normal to me. ;-)

Sounds right. I am in charge at home, that's why my husband gets to pick what movies we go see and where we (usually) go on vacation. The rest of the time, he has no say, poor man. ha ha ha ha ha !!!

you got it dude..

if you don't believe me - ask her.

I agree with about everything said in the article.