The power of persuasion and contingent fees 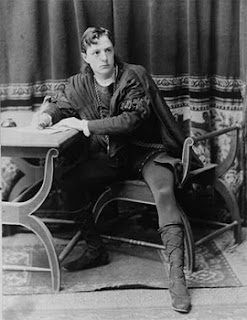 I spent much of the last two days writing a letter. A two page letter.

Well, I actually didn't spend the days writing -- mostly, I agonized over what to say and how to say it best and then, finally, late yesterday evening, punched it out. But, still, it comes out to a page a day... which is not exactly productive.

Those of you who visit often, and see the torrent of words I frequently spew out, may be confused by this claimed inability to compose.

But, you see, I was writing a demand letter.

I have a personal injury case in which I represent the injured party, the plaintiff. The case has advanced to the point where defense counsel agrees that it may be appropriate to consider settlement: He's not going to admit I have a good case... but he realizes that this is one where his client might have some exposure. He would emphasize the word "might."

Now you don't just pull a number out of the air when you make a demand. A demand is like an artillery shell: If you overshoot or undershoot, your opponent never breaks a sweat. It's only when your demand lands reasonably close to counsel's own evaluation of the case that you have a chance to accomplish something.

When I did defense work, many of my insurance clients were interested in settling... for the right price. Why pay me, they reasoned, when they'll wind up paying the other side eventually anyway? (I never liked this reasoning. When I was doing defense work.)

So from time to time a carrier would instruct me to solicit a settlement demand from opposing counsel. Some opposing lawyers would read this as a sign of weakness -- they'd see blood in the water. The testosterone would start flowing... and a wildly overstated demand would follow.

To my enormous relief. "Thank you," I'd say (to myself) as I hung up the phone or opened the letter and passed the "bad" news on to the carrier that was paying my bills. Now they'd have to pay my bills a little longer.

But it's different on the other side of the fence -- where I am now in this case. I don't get paid unless and until there's a recovery. And you can't just pull a settlement number out of the air: A lawyer must first obtain his client's authorization. And just as soon as you start talking numbers with clients, clients start bouncing those numbers off their friends, relatives and neighbors. One of the early posts in this blog lamented the corrosive impact that barstool barristers can have on a client's trust in his or her own lawyer's recommendations.

And, worse, not every client understands that a demand, if it's calculated reasonably, will never simply be accepted. It is a number that it is uncomfortably close to -- but in excess of -- defense counsel's evaluation. Opposing counsel will necessarily be instructed to negotiate down from that number.

Then there's this complication: The more time you put into a contingent fee case, the less money you really make. If you earn a fee of $10,000 for 100 hours of work, that's $100 per hour. (Not TV lawyer territory -- but it should pay the rent.) But if you must put in 500 hours, your effective hourly rate is $20. The hours really pile up as you get closer to trial.

And the other thing that piles up are expenses: If you go to trial, you have to pay for your client's doctors to come to court or give evidence depositions. This may cost thousands of dollars per doctor... and add not a penny to the value of your case. Indeed, that money is coming out of what your client can take home at the end of the process. In a big enough case, the fees charged by doctors or experts would not matter -- but in a smaller case, the cost of a doctor's testimony may be the difference between settling and having to take your chances with a jury.

So as I sat down to write this letter... all these factors were in my mind. I had obtained my client's authority to make a particular demand, based on my research into what juries have awarded other parties in similar cases. But no two juries are alike. No two cases are exactly alike.

And, to top it off, I could do with a settlement about now. Tuition bills are coming due again... and -- as regulars here know -- I have been hampered by illness this year. A self-employed person who doesn't work can't earn money.

So I agonized. How can I persuade opposing counsel that my demand is reasonable? How do I know he won't say "thank you" -- just like I used to -- as soon as he reads the letter?

I tried to summon all the powers of persuasion that I possess. And then I thought of Moses standing in Pharaoh's court. Moses' efforts at persuasion were divinely inspired... and ultimately unsuccessful. And if he couldn't persuade, with the kind of help he was getting, what chance do I have?

It comes down to this, I'm afraid: I've ranged my shot as best I could. If defense counsel's carrier figures my demand is somewhere near what it is likely to pay out down the road, it will instruct defense counsel to make a counter. And maybe we can get the case done -- and maybe we can't. I guess that enrolls me in the Chicago School of Economics from which come so many of our judges on the Seventh Circuit Court of Appeals.

Sometimes there can be an overlap between theory and practice.

But that interesting notion will have to wait to be explored at a different time.

I have another letter to write. (And, yes, this post may be considered as part of the agonizing process for letter no. 2.)
Posted by The Curmudgeon at 9:48 AM

Those sort of letters can't be easy, as so much thought has to go into them.

I am new to your blog. This is a terrific post. Having been involved as "the injured party" once, I found it facinating. But it begs the question, was I advised to settle to aid my attoney's hourly rate?

Your question is a good one: Will you be surprised when I tell you the answer is "no?"

The goal is to resolve the case at a fair figure. If I can resolve it in a week my effective hourly rate is likely to be much higher than if it takes me a year. Early settlement benefits me, as the attorney, certainly -- but it puts money in your pocket that much sooner, too. Consider these examples:

Assuming the attorney has realistically evaluated the case and assuming that we have an excellent, almost air-tight case on liability, what the case settles for and what a jury might award should be roughly the same. So there's no disadvantage in getting the money sooner rather than later.

On the other hand, the settlement value of a case goes down, vis a vis the jury verdict potential of the case, as the uncertainty of a favorable verdict goes up. Therefore, if the defense thinks there's no way we win at trial, there will be no settlement offer -- other than, maybe, a "nuisance" offer. If the defense feels there's some chance that plaintiff will prevail, but also some chance that they will win, the offer will be effectively discounted according to the perceived level of uncertainty.

In 999 out of 1000 cases, there is some level of uncertainty. One of my jobs as your attorney would be to make the defense feel as uncertain as possible about its position.

Depending on the case it might be worth your while to take a discounted offer. You might win at trial... but the defense appeals. You might lose at trial and walk away with nothing. Settlement avoids these risks.

Having said all that, is it possible that your lawyer may encourage you to settle for 'short money' so he can pay the rent/ juice loan/ alimony payment? Sure. But that's where you have to decide for yourself whether you have confidence in the person you selected to represent you. How that person explains the pros and cons of any settlement proposal should be reassuring on this point. And there's always pros and cons.

Does that answer the question?

wow curmy, you are a little "wordy" in the comment area today! ha ha good post though...

Makes me glad I decided not to go into lawyering after all even though I did briefly think it might be a good career. However, I am glad that there are people like yourself who have taken on the daunting tasks of settlements and offers. I hope your artillery shot was right on target with your letter!

The whole psychological aspect of settling a lawsuit is fascinating. I can say that because I'm looking at the process as an outside observer, and not as a participant. Just let me know if you ever need a psych nurse with a killer instinct to help you mess with an opponent's head :-)

Good luck with your case.

This is difficult work, isn't it?
yikes

Remember tho, Moses didn't "not win." Pharoah certainly didn't win did he?

Moses laid down the rod. He did what he thought he couldn't do. He went where he didn't want to go.

And he did a great thing - obeyed.

Faith - keep the faith. Listen to the burning bush if you see it.

- - on a different note, I posted on a hot button issue today I think. Come weigh in anytime.

Take care and good luck with that second letter.

Egads, and I thought negotiations with a 20-month-old were stress inducing... Good luck with letter #2!!

I know you're not a meme kind of guy but you have been tagged for the new Moaning Meme over on my page! Hope you play along, I think it might be right up your alley!

Let us know how it goes. Keeping my fingers crossed for good luck.