Patti, of Late Bloomer Boomer tagged me with this "birthday meme"... a week ago today.

I didn't see it until last evening.

When Patti tagged me, she inserted my link. That's usually sufficient to get my attention.

I'm struggling to discern a pattern here, to figure out when Technorati will or won't pick up a link. It does not appear to be as clear cut as whether your blog has a Technorati button on it. However, Patti's does not, and her link did not pop up. On the other hand, I have 'favorited' "Late Bloomer Boomer" (using the ungrammatical Technorati word) -- and her new posts do come up on that. But that's something I check when I have a little more time -- and it's supposedly not as reliable as a Google Reader (something else that I've not yet been brave enough to attempt).

Anyway, enough prologue. On with the meme.

Patti says, "We are supposed to look up our date of birth on Wikipedia and find three events, two births and a holiday that happened on that date."

I just automatically launch into that routine with my kids. It's become a habit.

It turns out that March 29 was a relatively quiet day in the history of the world. On March 29, 537 Vigilius was consecrated and enthroned as Pope, replacing Silverius, whom he deposed. Silverius had reigned less than a year at the time he was booted out and busted down to monk. However, Pope Silverius became a saint in the Catholic Church -- not canonized by the church hierarchy, but acclaimed by the people -- which may be considered a consolation prize since St. Silverius died, a prisoner, only a few months after his ouster.

During the Mexican-American War, on March 29, 1847, Veracruz fell to American forces led by General Winfield Scott. Two of the officers serving under General Scott were Robert E. Lee and U.S. Grant. 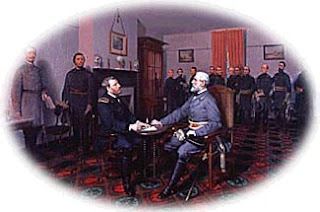 Grant and Lee would meet again after the Battle of Appomattox Court House... which began on March 29, 1865.

There are a lot of famous people born on March 29, as it turns out.

Take Cy Young, for instance. He had 511 career wins -- and probably didn't make in his career what Roger Clemens spends on tips in a month. 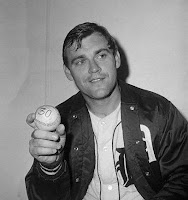 Or how about the last 30 game winner in the majors, Denny McLain?

McLain was a Chicago guy -- a graduate of Mt. Carmel. (In Chicago, where a local athlete went to high school is at least as important as where he or she went to college. For example, in Chicago, everyone knows that Donovan McNabb also went to Mt. Carmel. Four years later, he showed up on the Eagles. We figure he probably went somewhere else in between.)

McLain married the daughter of longtime Cub broadcaster (and Hall of Famer) Lou Boudreau (the 'boy wonder' manager of Bill Veeck's 1948 Cleveland Indians). McLain won 31 games for the Detroit Tigers in 1968 -- and then got in trouble for gambling and was out of baseball within four years. He has since done a couple of prison stretches. I understand things are better for him now and that he's getting some mileage out of the success of the current incarnation of the Detroit Tigers.

That's two. So I suppose I can't mention Eric Idle of Monty Python fame or Mr. Sam Walton or.... 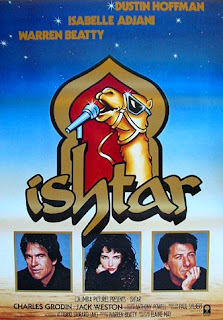 According to Wikipedia, March 29 is the "Feast of Ishtar."

Now, I know you're probably wondering why a feast would be dedicated to a famous movie flop.

Actually, says Wikipedia, Ishtar was the Babylonian "goddess of fertility, sexual love, and war." (War? Maybe this is where the phrase "All's fair in..." comes from.)

But Wikipedia says that Ishtar was more associated with sexuality than anything else.

Hmmmmmm. A reason, perhaps, to celebrate my next birthday.....

This "birthday meme" comes with one other string attached: Five links were provided in Patti's original post on the subject. I was told to delete the top name, which I have done, and add my link at the end.

Then, I'm supposed to tag five more people or I'll be forced to sit through Ishtar, the movie. Or Waterworld. Or maybe even Heaven's Gate.

Now, I don't respond well to threats... even to ones I make up myself.

And I know I've seen this meme up on a lot of the blogs that I visit. But, just for grins, and just this once, I'll tag Shelby, Dave, Momma's World, RDL, and Hilda (who actually volunteered to do yesterday's Moaning Meme without being tagged).
Posted by The Curmudgeon at 10:49 AM

Wonderful meme-ing, Mr. Curmudge. Should have known I'd have to read a lot of sports-oriented responses. But that's OK... ;-)

I wish someone would explain all the blogroll and technical trackback stuff.
I have no clue. Maybe it didn't pick up my tag because I'm not signed up with any fancy stuff.

When I try to read about it my eyes glaze over.
That's my story and I'm sticking to it.

You and Eric Idle share the same birth date? How excellent! Monty Python has always been one of my all-time favorite comedy troupes - especially during my high school years. By the by, I attended Windham High, though not being a Chicago sports icon I'm sure that counts for zippety-doo-dah!

curmy if you start to use google reader you will love it. no more clicking links. you get notified when any of your links put up a post and you read it and click to go comment if you want to. try it. i'm older than you and i did it!

Waterworld wasn't that bad, at least as a DVD that you could fast forward.

If I watch it again, and Ishtar, can I skip the tag?

Assuming the answer is no, and given the broad parameters of the assignment, I'll give it a try. Soon.

I am with skittles! NO Waterworld! Is that Dustin Hoffman the Rainman in that Ishtar poster?

just back from vaca and now with a housefull of company but i will try and get tho this.

Please forward one of those tag things to me. I will ignore it so I can watch Ishtar 5 more times.

This 20th anniversary year is going to be a great year for Ishtar… There is a documentary film about Ishtar fandom in the works, the manager of the Ishtar fan website (http://www.ishtarthemovie.com/) is putting together a tribute CD featuring cover versions of songs from the movie, and possibly a US release on DVD (something the heathen in Europe have been enjoying for years). So shake off that square world, get with the countdown, and blast off to Ishtar!