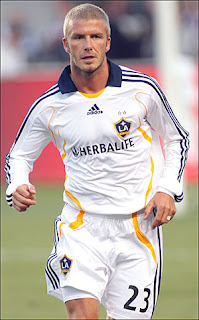 Long Suffering Spouse picked me up from the train last night.

The five-year old boy who lives two houses down was playing in front of his house as we pulled in the driveway. He and his siblings often play in front of their house, just like my kids used to play in front of ours when they were younger.

I never thought much about it until we moved from our old house and a neighbor lamented, "We're losing our crimestoppers." He figured our very visible kids deterred opportunistic thieves from hitting houses on our block... even though most of them were empty during the day. That made sense to me, and I've come to see the kids down the block in the same light.

And the five-year old is quite friendly. He knows Long Suffering Spouse as a teacher in his school and he always says hello. He likes to show us whatever he's doing at the moment.

When the 17-year cicadas were emerging, he showed Long Suffering Spouse how he was helping to "free" the nymphs from their shells. (Long Suffering Spouse persuaded him that he should let them do it on their own.) And a couple of weeks ago he rode his bike down the street to our driveway so we could see that he'd outgrown his training wheels.

But last night... last night he was kicking a round, mostly white ball around his lawn. Seeing us, he kicked the ball toward our house -- incrementally, you understand -- something I understand that foreigners might call "dribbling" even though he wasn't bouncing the ball at all!

My blood ran cold. I could see that the child had no present intention of picking the ball up with his hands, or bouncing it, or hitting it with a bat, or any of the acceptable behaviors one might adopt in the presence of a ball.

I tried to keep my cool. Tolerance! I thought to myself. I reminded myself that my UK blogfriends wouldn't find this aberrant behavior abhorrent. They might even find such a display -- *shudder* -- normal.

Long Suffering Spouse said hello to the boy. Fighting back the queasy feeling, I mumbled a greeting and pushed past my wife into our house.

Safe in my own home, I shouted to the heavens, "Curse you, David Spice-Beckham!"

The windows were closed. I don't think the boy heard.
Posted by The Curmudgeon at 8:52 AM

so i am guessing he was doing a sports thing, right? ahhh, i thought so.

That little neighbor kid is reaching out toward you and your killer skillz. You could turn that child into the very next David Spice-Beckham. THere has got to be a cut in there somewhere for you. :P

Have a great weekend!

Is this supposed to be clever?

Lois -- Hmmmmm. A cut in it for me? Maybe I should reconsider this....

Patti -- No, I don't much care for soccer. Younger Daughter said she wished I 'got' soccer... she's played and I've attended and cheered... but without a clue... but I'm positively a fan by comparison to Oldest Son. But that's another story.

Finally a sport that doesn't require 200 pounds of padding or is normally played by girls.... ;-)

Chris! I was hoping you'd see this.

(I'd insert one of those evil-looking emoticons here if I had the ability to do so.)

Ah, soccer...one of the most sensible sports there is.