'Twas the War Against Christmas 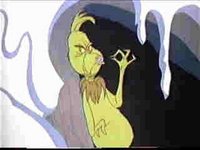 The Chicago Sun-Times' Neil Steinberg is one of my favorite columnists. But he's way over the top on the subject of Christmas, as these excerpts from the opening section of his column last Friday suggest:

Those imagining a "War Against Christmas," those claiming nativity scenes belong on government land, or condemning the phrase "Season's Greetings" for not adequately conveying the idea that the holiday season is all about Jesus Christ, Your Personal Lord and Savior, who are they, exactly?

Why, they are the very same people who try all year long to make this nation even more of a one-faith theocracy than it already is.

This, kiddies, is what we call deliberate exaggeration.

At least, I hope it was deliberate. But let's let Mr. Steinberg finish stating his case:

A lot of folk would be less anxious about religious trappings in December were the other 11 months of the year not spent grimly fending off the advances of faith, battling whether the school science curriculum should be shredded in the name of Christianity, or women stripped of the right to control their own bodies, or a particular form of prayer be thrust back into the public schools.

Bottom line: There's plenty of Christmas without the government underwriting the holiday. "Save it for church" might sound harsh at this festive season, and were it not required as a year-round mantra, we wouldn't need it so much now. But we do.

I think Mr. Steinberg is wrong. There is a "War Against Christmas" and for evidence, I need only turn a few pages further in his own newspaper. 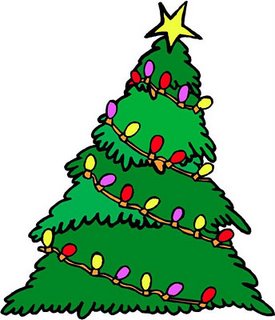 From the "Quick Takes" column in this morning's Chicago Sun-Times:

A local council in East London has banned Christmas decorations in its office because there is the "concern that people might hurt themselves" while hanging the decorations.

News Item: Mary, Joseph and the infant Jesus are removed from a manger scene in a St. Albans, W. Va., park on legal advice from the city council.

News Item: St. Nicholas is banned from Vienna kindergartens because a large man with a beard might "create fear" in small children. 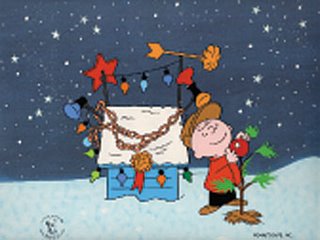 On the other hand, I am amused by the people who are offended that some retailers don't mention "Christmas" in their Christmas advertising. What do they want? Commercialism? Charlie Brown was afraid of commercial interests appropriating Christmas -- is that now a goal of some conservative Christians?

Moreover, not only do I think there is a "War Against Christmas" -- I think Christmas is losing. I have stood in the vestibule of my parish church, after Mass on Christmas, greeting my neighbors, saying "Merry Christmas" and too often getting "You have a nice holiday, too" as a reply. I always want to (but never actually do) shout, "Hey! I was at Mass with you! I won't be offended if you actually say Christmas."

But that's just one example of how deeply the anti-Christmas PC Police have penetrated our consciousness.

What I don't know is who's on the other side of this "War Against Christmas."

The worst part -- for me -- is that I'm forced to take sides with the pro-Christmas faction when, by nature and temperament, I tend to have much more in common with this guy: 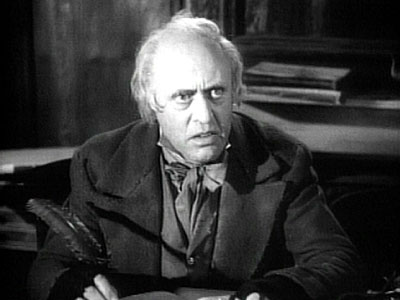 To which I can only say, Bah Humbug!
Posted by The Curmudgeon at 10:05 AM

Email ThisBlogThis!Share to TwitterShare to FacebookShare to Pinterest
Labels: Christmas

Excellent blog. Being a cat I am not particularly religious but why spoil it for everyone who is. Let people enjoy.

I think a lot of holidays are under attack. My daughter hasn't been able to celebrate Halloween in school at all because some people tend to think it's too pagan. Whatever.

But oddly, the christian preschool she went to celebrated Halloween without any problems. Nope. The public schools are the ones banning it.

And I see Christmas being attacked all over the place. Schools will often refer to it as the "winter holiday" or some such nonsense. And claiming that people might get hurt decorating a tree is beyond absurd. But that's where we are I guess.

That's so true; Christmas is attacked everywhere by pathetic people. At my office, there are 'Health & Safety Rules' regarding putting up a tree.

ben & bennie, that was funny! curmy, are you laughing? you know, i found myself a few years ago buying christmas cards that said happy holidays because i have lots of jewish friends and send cards to them, but now i don't do that any more, i say merry christmas and so do my cards. and getting hurt putting up a tree? that is a cop out for someone too lame to stand up for what they believe in. simple....bee

Bee -- How can I laugh when ben & bennie are probably right?

Of course that takes planning.

Anybody else got friends that are Jehovah's Witnesses? At least your Jewish friends will acknowledge they're celebrating a holiday.

You and your readers may well enjoy our humorous take on the Wars on Christmas, at http://waroc.wordpress.com.

Here's an early MERRY CHRISTMAS from me!