Dealing with teens, post-teens, and an alleged temper 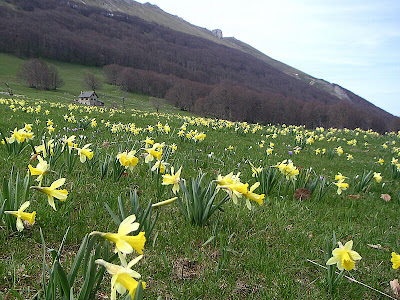 I must begin by insisting that I am on most occasions a creature of sweetness and light, filled with the milk of human kindness, at peace with myself and with the world. Just like the picture above... isn't that pleasant?

That's how I must begin -- although others may claim that I may have something of a temper.

Of course, who wouldn't have a slight temper when the teens and the post-teens gather at the house for the holidays? 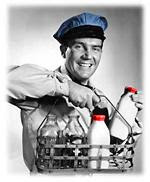 Surely I am not so far gone that I am not happy and grateful to see my children! No! But I would like, on occasion, to see them during the daylight hours. If this guy still delivered, he'd be more likely to see my kids than I am.

I liked to stay up late when I was their age, true; I stayed out all night a couple of times in college -- not while living under my parents' roof, mind you -- and I stayed up all night from time to time as necessity demanded. Finals, for instance.

Finals are long over... for the collegians... but the teens and post-teens are not resuming any sort of a day-night schedule. 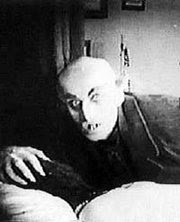 We have given birth to a generation... of vampires!

OK, maybe that's not a picture of one of my children. But it would explain a lot.

So you have the scene: The teens and the post-teens are home. And they are sleeping when I am getting up to go to work -- they having only recently retired for the "evening."

There is no traffic on the roads. Many people have this week off. I have promises to keep and bills to pay, so off I intend to go.

But -- I think to myself -- why not drive? Yes, it's an unnecessary luxury, but I'm running late -- having stayed up far too late with the kids myself -- and it would give me an opportunity to drive Grandpa's car.

Grandpa's car is a 1984 Chrysler Fifth Avenue. A classic. My father took good care of it in his day. Sadly, I've never been able to get a car inside a garage and the paint job on Grandpa's car doesn't look even as nice as that in the exemplar at left.

But we have it. And it's supposed to be available for times like these... when the kids are home... and Long Suffering Spouse needs the van and the kids need access to a car... and this one would still be left for me.

It was only recently repaired.

Toward the end of the summer Oldest Son managed to navigate it into a parking space as radiator fluid from a burst hose trailed out behind him. I knew we would have to have it towed... but the Exchecquer being what it's been, I'd avoided that unpleasant task until circumstances forced the decision on me.

The car had to be moved when it snowed at the beginning of December. So we had it towed to the dealer.

The same dealer who drools over it each time it's there, mind you. A number of people associated with the dealer have offered to buy it. I had a letter from the dealer just last week making an offer. Why they won't fix it, therefore, I do not know. But this gets ahead of the story....

The car was fixed, but it was nearly out of gas when I picked it up. Indeed, the car hiker told me they'd put a couple gallons in to make sure it didn't run out while it was warming up.

Oldest Son hadn't left any radiator fluid or gasoline in the car, apparently.

But I filled it up and parked it... and three weeks passed. I've been busy. I've been taking the train like a good, ecologically-minded citizen.

But, just on this one morning, surely, it would be alright to drive, wouldn't it?

And nothing happened. NOTHING!

I was, perhaps, a trifle upset.

And I may thereafter have expressed myself in an uncharacteristically colorful fashion as I reentered the house and slammed the door and threw the keys at the floor.

Long Suffering Spouse was not pleased with me.

She was, however, anxious that I should leave the house, preferably before I destroyed it, so she suggested that I might take the new car -- the car we'd acquired -- also at the end of Summer -- after Middle Son totaled the car formerly furnished for the teens' use.

I thought about it.

But first, Long Suffering Spouse warned, I'd need to remove Middle Son's baseball equipment from it. He'd probably want to go work out whenever he roused himself.

That set me off again: Now I was on a rampage about kids sleeping in all day and staying out all night and expecting everyone to cater to their peculiar whims. No! I would not take the new car!

And I didn't. This all happened Tuesday and I made it here and even posted. In something of a snit as I look back on it.

Where have the daffodils gone?

And, as it turns out, I'd made the right decision.

What I did not realize, as I stood in the living room, at the foot of the stairs, having my little conversation with Long Suffering Spouse about the lying cheating thieving bastards who didn't fix... well, anyway, while I was declaiming, the teens and post-teens were awakened... temporarily... and they gathered in one bedroom listening in. 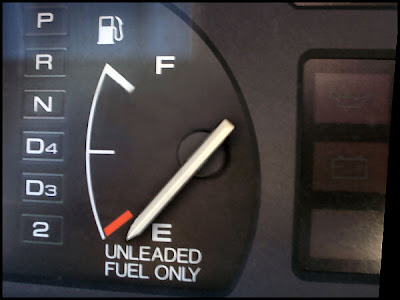 I don't know how many more heartwarming holiday stories I'll be able to share with you this weekend because I'll be busy making new heartwarming holiday memories with the family. So if I don't get back here again, have a happy... and safe... New Year.
Posted by The Curmudgeon at 1:57 PM

I feel your pain. I have three kids in college and get this post in a way I wish I didn't.

BTW I love your blog.

my unnamed daughter is going through the very same thing. today i asked why unnamed granddaughter could not bring one of her boys to her and she replied because she does not get out of bed before 3:00 and then won't be dressed until dinner. which she won't start. sigh.... all i could think of was, well i remember a time when you...... it'll come my friend, before you know it, it will come. they will be the parents and they will KNOW! (smile)

I'm thinking I'm very thankful that our little guy just turned 1. What a load of fun we have to look forward to! Winter vacation / semester break / whatever it's called these days can't last forever, right?

wow and i was just thinking it might be nice when my son can drive to the store for me. ha!
can't help but wondering if you're a gemini with that quick change of temper?

Your blog certainly brings back the memories! Granddaughter #1 is 14 so is some justice coming to at least one daughter soon.

Love the Blog - enjoy the quiet new year and maybe you should make loud and bodacious plans for the night so the kids can worry just a little about you and then you can chuckle as you tuck your toes in at 12:15am. tee hee hee