What time is it? It's time to go back to school, son. 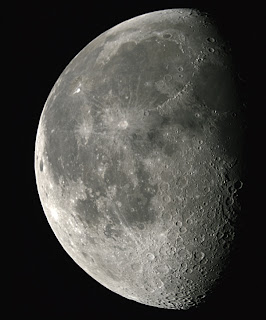 I woke up at 2:00 a.m. and noticed that the light in the living room was still on.

Now Middle Son never turns the porch light off when he comes in, but he usually manages to turn off the living room light we leave on for him so he doesn't trip over something coming into the house. So (c) seemed like the least likely alternative.

But it was 2:00 a.m. and sorting through all this was beyond my abilities at that hour. I went back to bed.

I slept fitfully, though, and was awake again at 3:00 a.m. The light was still on.

I became concerned. Not alarmed, mind you, but concerned. I looked out the window and I thought I saw the car across the street that Middle Son was driving. Or had he driven tonight? I couldn't remember. I checked his room. He wasn't there.

So this time, I went downstairs to look for him. If he wasn't home, I'd call his cell phone. If I couldn't reach his cell phone, then I'd become alarmed.

I wasn't halfway across the living room when Middle Son and I spotted each other. He was in the den, seated at the computer, typing away merrily.

"You, for one thing," I mumbled. "You're supposed to be helping the freshmen move in this morning at 8:00 aren't you?"

He seemed to think that a perfectly logical response. I guess I had interrupted Middle Son in the middle of his informing everyone in his acquaintance about his good fortune.

It's definitely time for Middle Son to go back to school.
Posted by The Curmudgeon at 12:34 PM

Did he over sleep in the morning?

MJ -- Sure he did. I tried to wake him a couple of times before it took and he finally did leave just before 8:00 -- so he probably was no more than a half hour late. But only because his mother and I pushed him out the door....

My kids gave a lot of excuses for a lot of different situations, but I never heard that one before.

teen-agers all go to bed too late, it seems to me - we have two examples ourselves

my 25 year old told me last night her and her boyfriends friends...won't play with her anymore cause she wins....

It's definitely time for them to go back to school - i'm ready!

as we say in the south, "bless his heart!" ha ha ha, good story curmy.

My son always forgets to turn off the front porch light when he comes home late. This will be the first year I have a college student. I did not know parents of college students look forward to their children returning to school as much as parents with elementary age children.