(From Yahoo! Comics, although I saw it in the Chicago Sun-Times on the train this morning.)

Of course, people who read stories like Lynne Marek's story in the August 20 National Law Journal might be forgiven if they see a grain of truth in this comic.

In her story, Ms. Marek talks about the growth plans of a Chicago-based law firm, Sonnenschein Nath & Rosenthal, which has a goal of reaching 1,000 lawyers by 2009. In the course of her story, Marek reports that Sonnenschein's "profit target as announced to partners in the middle of last year is $1.4 million per partner, up from the $825,000 reported by the firm for 2006." The increased target is necessary, Sonnenschein says, to get and keep top legal talent. 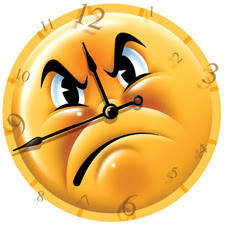 You may be unfamiliar with the Sonnenschein firm.

But you probably have heard of one its lawyers, Scott Turow.

He has the cover story in this month's ABA Journal: "The Billable Hour Must Die".

(Judging from my timesheets, it's already dead.)

Turow laments that newly-minted lawyers in big firms are expected to bill 2200 hours a year. Assuming 50 weeks in a working year, that's 44 hours a week -- nearly nine hours a day. "Increasingly," Turow notes, "if we allow time for trivialities like eating, sleeping and loving other people, it is clear, as a simple matter of arithmetic, that we are getting close to the absolute limit of how far this system can take us economically."

At the really big firms, lawyers have legions of support staff -- assistants who type their every word, people to make copies, people to sort and distribute the mail, people to file the papers in court. All to minimize "down time."

But that's only for the very, very few. Smaller litigation firms may have similar targets, though, and less support to make it honestly attainable....

And then, down here, on the bottom of the feed chain, there's guys like me. I can find and clear the most obscure paper jam in our communal copier here at the Undisclosed Location. I do my own court filing, thank you, and someday -- honest! -- I'm going to catch up on my office filing, too. Oh, and the bills I do actually pay -- I write the checks and enter them in the checkbook program. There's a lot more men and women like me out here practicing law than there are Scott Turows.

With all this, if I could bill just four hours a day, I'd be profitable... maybe even profitable enough to start hiring that support staff that would let me build to five or five and a half hours a day... hire an associate... hire another associate.... (Insert evil, maniacal laugh here.)

Yes, some day I hope to be an exploiter of other people's labor. Then I could blog even more.

But, today, there's filing to be done. And some correspondence to be caught up on. I'll be lucky to bill even one real, collectible hour.

How many lawyers do you need to change a lightbulb? And how many billable hours can they charge? Can the charge by the watt instead?

curmy when i worked in a law firm they sure did bill some hours cause i did the billing for a couple of years until we grew. wow. they were expected to work saturdays too. (so was i)...

I once interviewed with a person who invited me to come look over the project hwile I was finishing off another project. That way, he reasoned (correctly) that I would begin thinking about his project but he would not have to pay me for it. How do you decide what is billable time?

I've read more Grisham than Turow. Are those accounts of billings really that high? Crazy...