Toolmaking ability and the perils of the modern law practice

My late father (also a lawyer) asked me once if I thought a carpenter's most important tool was a hammer.

"I suppose so," I answered.

"Well, if a carpenter breaks his hammer, he goes to the hardware store and gets a new one. But as a lawyer, your most important tool is your word. If you break your word, there's no store in the world that can sell you a new one."

There is the entire course in legal ethics, rolled up in a short (true) story.

Of course, it doesn't always work out that way. I remember a case from 20 years ago or more. It was memorable to me because it was my first really big case -- it involved the collapse of a canopy over an entrance to the then-brand new Louis Joliet Mall in Joliet, Illinois. 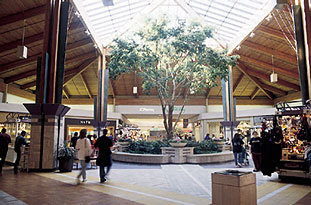 The property owner had sued all the various sub-
contractors; I was merely an intervenor. I had an $11,000 business interruption subro case involving a mall tenant whose store was shut down for a few days following the incident. But there I was, on the same service list with some of the biggest law firms in Chicago. At that time in my career, it was pretty heady stuff.

And it became interesting, too, when a motion to dismiss the main complaint was filed by one of the structural steel contractors. An agreed briefing schedule was supposed to be entered (the property owner having requested time to respond in writing to the defendant's motion). And, as I happened to be in the courtroom that morning on some other matter (there were only two motion calls in the entire Cook County Law Division at the time), I checked into the order. You know, part of seeing how the "big boys" play.

And this is what I saw: Not an agreed briefing schedule at all, but an "agreed" order dismissing the property owner's complaint with prejudice.

I heard later that the young associate who had entered the bogus dismissal order was fired... but the incident was a jarring reminder that not everyone plays by the same rules. 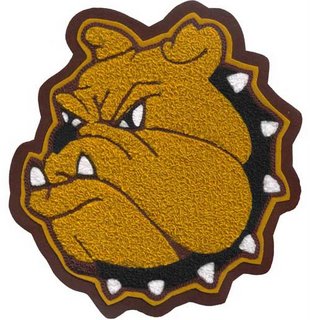 A lot of people seem to think that their lawyer should be a snarling, disagreeable bulldog, giving no quarter, showing no mercy.

But good things can't happen when everybody behaves badly. Lawyers are more than mere paid mercenaries, bound to slug it out with each other at all costs while clients hover nearby, looking for signs of weakness. Sometimes we have to tell clients bad news -- that their case is a probable loser -- that it is better to settle now -- that the client is wrong. It isn't always easy -- but my license does say that I am both Attorney and Counselor.

I particularly remember one very good judge (now deceased) who used to tell everyone at pre-trial conferences that a good settlement is one which makes everybody just a little unhappy: No one gets everything they want.

Hmmmm. No wonder fee bills are often so hard to collect.
Posted by The Curmudgeon at 9:01 AM

One of my best friends is a practicing attorney in Baltimore, Maryland. He is one of the most honorable men I’ve ever met, and he never breaks his word. I know lawyers have a slimy reputation, but I’ve found that most of them are great people.

I need to know this. Thanks for sharing.

He sounds like a very wise judge. I always appreciate your words of wisdom.

Early in my career, a mentor told me,"Do your best now, you can coast after your reputation is made." And another: "Don't take "candor with the court" too seriously."


I took each offer of advice with a grain of salt, and I am glad. Your Dad was a wise lawyer.

that is really a wonderful story from your dad.

Your Father was a wise man.

Just curious.. Do you read any John Grisham? Also.. being an avid Court TV watcher from time to time.. I will watch a legal drama series and say.. They can't do that!!

P.S.
About the link it up thing I do? Just enter your name or blog URL :)