My favorite Feast Day -- and an old, but related, joke to lighten the autumnal mood 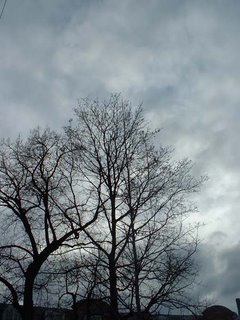 Today is my favorite feast day, the Feast of All Souls.

We’ve gotten through Halloween, the Eve of All Hallows (and we got through it with no property damage this year, thank you!), and yesterday of course was the Feast of All Hallows -- All Saints Day. There are many sites you can look at to learn the pagan, Celtic roots of these feasts.

Actually, this was a pretty standard tactic in the early Church: Adapt the local feasts to Christian uses. Samhain evolved into Halloween and All Saints Day; Saturnalia morphed to Christmas. The practice was modeled after the Romans’ practice of coopting the local divinities in each area they conquered. While the local divinity would retain his common name, he’d also be ‘identified’ with a comparable Roman god. Of course, as monotheists, the early Christians couldn’t exactly copy this practice. But there’s many an ancient saint who was originally a local deity – and whose past was appropriately rewritten after the Christians came to the fore. Sort of like the president of a company staying on as the executive vice president of a division after a merger. 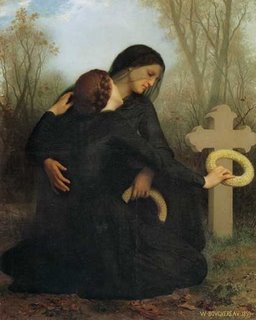 All Souls Day has roots in the same Celtic mists as Halloween... but what attracts me is the inclusive nature of the day: I’ll never make it as a saint, but I’ve got a soul. This one’s for me.

Don’t write back and say that this day is really for commemoration of all the faithfully departed. I know it is. And I’m not gone yet. But I still feel a part of this feast... and someday, of course, I certainly will be. 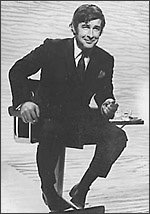 Now to lighten the mood just a bit here: Many Catholics celebrate their own ‘saint’s days’ – the feast day of the saint for whom they were named. But over the centuries there’s been a lot of overlap – lots of Saint Jameses and Johns and Theresas and Marys. And that could cause confusion, as this joke, stolen from the late Dave Allen, suggests. (I figure the joke is old enough that most of you looking in either never heard it, or heard it long enough ago that you forgot it. And I hope rdl won’t mind me doing this one Joke Thursday):

There was this man who always seemed to make the wrong choices. Whatever line he got in at the grocery or at the bank – that line stopped cold. When he was trying to decide which car to buy, he bought the one that was immediately recalled because of safety defects. VCR or Beta – he took Beta. He did the cola taste test – and always picked the wrong one.

You can imagine how our man was affected by this: He was a nervous wreck. He was afraid to do anything. He certainly never traveled. He was afraid he’d chose the holiday spot most likely to be wiped out by a hurricane.

But one day he decided to be brave and book a trip. And he got on an airplane for the first time in his life.

And, though he was terribly nervous at first, the flight seemed very smooth. He even began to relax a little.

And then the turbulence began. And the plane is shaking and rising and falling and now going into a nose dive and passengers are screaming and this man is truly terrified. He calls out a frantic prayer, “St. Francis! Save me!”

Email ThisBlogThis!Share to TwitterShare to FacebookShare to Pinterest
Labels: Catholicism

good joke curmy and i'm mighty glad you did not have any damage. the little angels spared you this year.... sorghum to the dentist??? you are too funny! bee

Dang....just lost my post. I was saying I always enjoy reading your blog...you often have a different take on things. Thanks

Hope you had a great day!

Cute!!(if i'm aloud to use that word here) and I don't mind at all - will this be every thurs. now?? i'll be back to check. more the merrier i say.