Thanksgiving is the quintessential American holiday -- equally accessible to persons of any faith, color or creed. (I think PETA members can even get soy patties in the shape of turkey legs, although I may have made that up.)

Yes, I know, Canadians have a Thanksgiving Day too, in October, before Winter really closes in. But do the Detroit Lions play on your Thanksgiving? Hmmmm? How about the Dallas Cowboys? 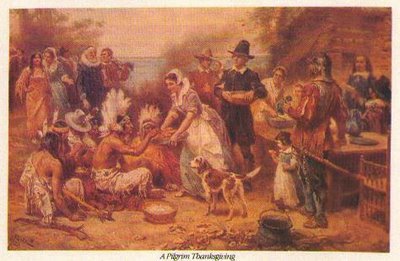 Our Thanksgiving -- American Thanksgiving (hereinafter referred to solely as "Thanksgiving" unless the context requires otherwise -- I just love throwing stuff like that in out of place) is uniquely American. We celebrate the Pilgrims and the virtues of religious freedom and tolerance that we are taught they brought to these shores... and which would have been anathema to them. Ah well. No myth holds up to close inspection. 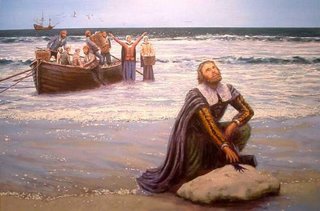 Do you wonder why some people -- me included -- wax nostalgic about the good old days? 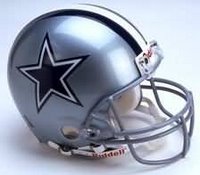 And families have special and wonderful Thansgiving traditions. In our house, for example, on Thanksgiving I eat too much and watch football on TV... OK, I do that most Sundays during the Fall, too, but, you know, I eat turkey on Thanksgiving.

When I was growing up, we had to worry about when the Thanksgiving meal should be served. There were really only three viable options:
That last always seemed a little late for the holiday meal; with too extended a cocktail hour, family harmony might begin to suffer. 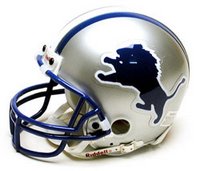 Thanksgiving was always at our house after we moved out of the City. Yes, there was a period of nearly 12 years when I was technically a resident of a far northwest Chicago suburb. It hadn't been fully absorbed into the suburban sprawl when we moved there, in the late '60's. It had a thriving business district, a volunteer fire department, and folks went to the see the football games and plays at the high school because that's what people in town did. Whether they had kids in the school or not. 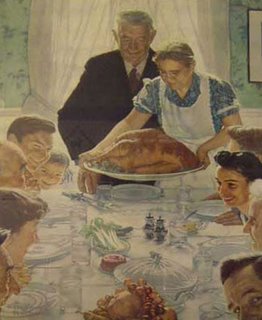 It was, in short, Norman Rockwell's America brought to life.

More or less... there was a motel on Northwest Highway that used to advertise, "Have your next affair on us." That might sound more like Peyton Place than Mayfield (home of the Cleavers of Leave It To Beaver)... but maybe the proprietors didn't see the possible second meaning.

Whether it was a truly innocent incarnation of Americana is a question I'll leave for another day; for now, it is enough for you to know that it was located not far from where Christ lost His shoes.

The guest list varied from year to year. People died from time to time. But my mother's two sisters and their families were always in attendance. One sister followed us up from the South Side and moved to this distant outpost; she was always the first to arrive on Thanksgiving, with her husband and two daughters and a whole bunch of pies she'd baked herself.

The other sister lived in a western suburb and always got lost looking for our house. Every single year. She brought her husband and her thousands and thousands of kids. OK, there were seven, but that seemed a large number to me at the time. And she didn't bring pies. And although she got lost every single year, her oldest son became a Naval Flight Officer. That's the guy who sits behind the pilot on a carrier-based jet and tells the pilot where to go and drop the bombs or shoot the missles. A navigator! Life works out funny, doesn't it?

In the modern world, Thanksgiving arrangements seem so much more complicated. People still die. And people divorce. My sister, Aunt Betty, was planning on bringing our brother, Uncle Bob, to our house this year... but he conned our surviving aunt into letting him deep fry a turkey at her house. So Aunt Betty called and asked if she could bring her kids instead. Just for awhile... her ex-husband would be picking them up to take to his parents' house. And Oldest Son is bringing eight friends Wednesday to stay overnight... but they're leaving Thursday morning... early... I hope... for California, where they have tickets to the Notre Dame - USC game. Older Daughter told us she'll be home Wednesday, too, also with a friend -- a person who had to drive to O'Hare anyway because she's flying out Thursday as well. I don't know if she's staying for dinner. I don't know who she is or where she's going. Indeed, I've never heard her name before this week... and, if I did actually hear it, I've already forgotten it.

I was talking on line to Middle Son about his plans. He's hoping to get picked up Tuesday because he has no classes on Wednesday. "Just you?" I typed back. "Is something wrong?"

Long Suffering Spouse is considering two turkey dinners -- one on Wednesday night for the Domers. I told her she'd better talk to Oldest Son first: The group may be planning to go out nightclubbing instead. Of course, being college students, they may want to do both....

And Thanksgiving night, the NFL Network is going to provide a third football game. I'm worried about how this may even further complicate dinner arrangements....
Posted by The Curmudgeon at 10:35 AM

Thanksgiving and the Cowboys, ah.. it doesn't get much better than that. Although I can't remember ever being able to sit down and watch an entire game without constant interruptions. It was worse as kid because we were always at my grandma's or my unlce Joe's, anywhere but home so watching the game was near impossible. I typically just tried to catch a glimpse of a score here or there. So many great Cowboy games missed..
Oh the stories I could tell, if only I had watched Clint Longley or Jason Garretts heroics.
Dallas Cowboy football cards

Don't get me started on the Cowboys, I'm a native Texan, you know, born within shouting distance of Texas Stadium. My mom was a rabid fan, to the point she insisted I was going to name my then unborn son Emmitt Deion. Needless to say, the child's name is Jason...
Anyway... I only have one question. Where the heck did Christ lose His shoes?????????????

One thing to say about this: The deep fried turkey is an abomination.

Do you think the Lions always play on Thanksgiving because when else would anyone look forward to watching them? (And, yes, I'm from Michigan.)

Your home seems like a wonderful place to be.

the long suffering spouse didn't get her name without reason...if she prepares two turkey dinners, my hats off to her:)

Good morning- thanks for visiting my blog! You should write about the dog v. schoolbus matter, sounds very funny. Are you saying that the schoolbus exerted undue influence?

I am enjoying law school. I think I can say that with a straight face. More specifically, I'm enjoying that the semester is drawing to a close and I'll have exams over with soon and my memo completed soon (I hope). Then grades are to be anticipated after Christmas - woo hoo. Just let me pass is all I can say.

I saw your comment on "East of oregon's" blog and thought I'd come by...I love to check out blogs that are new to me! I really enjoyed my visit here. My only connection with Law is the month-long stint I did as a Grand Juror for a month a few years ago...fascinating!! And my 6 other fellow Jurors and I were told they wished they could keep us forever, we were so good at it, haha! Hope you and your family have a lovely Thanksgiving.

Thanksgiving's "lack of draw" according to you - commercialism - is the very reason I enjoy it, and why I detest Christmas. If Christmas would take a few pointers from Thanksgiving, you'd find a lot less people stressed out around the holidays.

The best day of the year is December 26th. Christmas is too commercialized. Scrooge was right, Christmas, bah humbug. I do however, look forward to Thanksgiving. It's not screwed up yet.

Roonie -- Welcome. I do hope you'll come back.

Roonie, MJ -- When I say Thanksgiving's "flaw" is the lack of a commercial component, I mean it's being crowded off the calendar as result. Or do the stores where you are put up plush Thanksgiving displays? -- do your neighbors display turkeys or cornucopias?

My wife's classroom is decorated for Thanksgiving... pilgrims and all.. but I saw two turkeys in the hall and I was surprised -- pleasantly surprised -- but surprised nonetheless. (And no they weren't her extra decorations, they were someone else's....)

Welcome also to misskris. Thank you all for your Thanksgiving greetings. And Patry -- I agree, deep fried turkey sounds like an abomination to me, too. You'll notice my brother is not preparing it here.....