Minimum wage hike may minimize opportunities for our teens

Warning: This post comes dangerously close to political, although I submit it is really a family and parenting issue. My perspective may be skewed; I was up late last night watching the election returns and my Internet isn’t working as this is written (obviously if you can see this, that's been remedied). But I may be unusually curmudgeonly this morning. 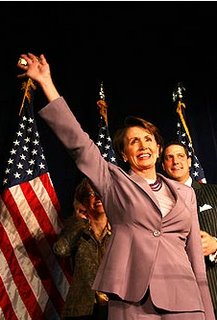 The Democrats have taken back the House of Representatives on a platform of (1) not liking President Bush and (2) saying the Iraq war was a big mistake.

This is not much of a platform on which to govern, so House Speaker-in-Waiting Nancy Pelosi offered, as an opening gambit, a vow to raise the minimum wage. Rod Blagojevich, newly re-elected as Governor of Illinois, has made a similar pledge.

At first blush, this seems like an easy idea to get behind: Who’s against people earning more money? (Except perhaps the plutocrats who, in theory, would be called upon to pay these higher wages – but they didn’t vote for the Democrats anyway.)

Now every time wages go up, some jobs are probably going to go away – or offshore. I recently had occasion to call a well-known computer company (we’ll call it “Dell”) about problems I was having with two different computers. Because one was a laptop and the other a desktop, my call had to be transferred – and it was transferred from India to the Philippines. I know this because I asked. I’m curious about these things; I ask a lot of questions when I make these kinds of calls.

On the other hand, if the jobs that are lost are jobs that don’t enable a full-time employee to obtain even basic housing and stay off Food Stamps and Medicaid – well, maybe such jobs are better lost. That’s a policy choice. That’s the political part that I’m not going to express an opinion on.

No, what concerns me is that, once again, there is no exemption proposed for younger workers. Teenagers. High school kids. College students. These are not people who are – by and large – supporting families. These are the kids who’d be earning mall money. Movie money. Hamburger money.

My kids have insisted for years that their peers don’t find summer work or after school work without ‘connections’ – usually parental. I’ve written about my kids’ difficulties in securing work in the Summer. And while Younger Daughter is working now at the neighborhood hardware store, one of the men with whom I share this Undisclosed Location has a son who manages that store. It probably didn’t hurt that I mentioned to my colleague that Younger Daughter was coming in for an interview.

Kids need to start someplace. And, frankly, 16 or 17 year-old kids are not ideal employees; I sure wasn’t at that age. Kids have to learn how to work – and, while the problems caused by an inexperienced teen might be tolerable at $5 per hour, they may not be worth it at $7.50. 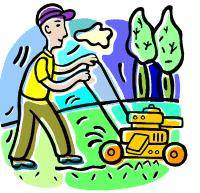 And the minimum wage ties in also, I’ve come to believe, with illegal immigration. It has been argued that undocumented foreign workers take jobs no citizen will take – migrant farm workers, for instance. And this is true. But American teenagers traditionally cut lawns. Yet I don’t see local teenagers working for the lawn services that go through my neighborhood each week; I see foreigners. In our part of the country, they’re largely Hispanic. And while being a janitor or porter is not the most glamorous job, is it really a job that no kid will take? Then why are the cleaning services around here composed almost exclusively of foreigners? (In our area the cleaning people are largely from Poland or other parts of Eastern Europe.) Didn’t American kids once work as busboys in restaurants? I seem to recall this – but I haven’t seen any lately.

Now, I’m not checking green cards on any of these people. Each and every one of these foreign-born persons may be fully documented resident aliens, studying diligently in their off hours for the citizenship exam.

But I doubt it.

I think employers – big Fortune 500 companies and small time operators alike – are hiring illegals – directly or (particularly with the big companies) through ‘subcontractors’ – and paying less than the minimum wage, paying little or no payroll taxes, and paying no benefits. It’s so much easier than working with teens: José isn’t going to ask for Friday night off to go to the high school dance. Irina isn’t going to need every Thursday night off for choir practice. Stan doesn’t have play practices to work around. And an illegal is never going to call in sick because she broke up with her boyfriend. I'd guess that some of the plutocrats don’t care about the minimum wage because it is irrelevant to their business practices.

Of course, we could start enforcing our immigration laws. I don’t suggest mass deportations of hard-working people who are trying to get their own piece of the American dream – this happens from time to time, and these unfortunates are promptly replaced by equally eager, and equally illegal, aliens. No, if we start jailing the people who hire the illegals, we would then create an incentive for employers to think about alternate hiring schemes. Such as hiring teens and stiching together part-time schedules. However, when executives from big companies start going to jail for hiring illegal aliens, run to your windows: You’ll see pigs flying by. Lots and lots of pigs flying by. 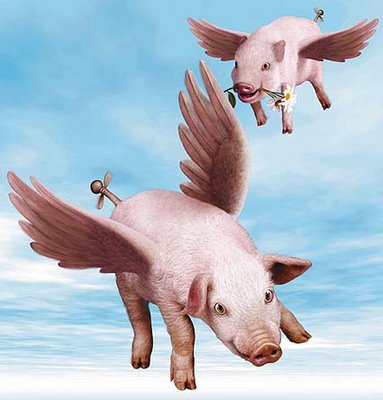 So I suggest an alternative: Raise the minimum wage if that’s appropriate – but create an exemption for people under 21. Or for full-time students under 23. Something. The market will take it from there: And our kids will find jobs when they go looking.
Posted by The Curmudgeon at 10:54 AM

Dell are notorious for having people in 'other places'.

Dell is a global company and as a result we hire people all around the globe to work in our various operations. We have manufacturing facilities here in the USA (our largest and most modern in North Carolina) but also in Ireland and Brzil. In fact the call you placed could have just as likely been answered in Edmonton, Ottawa, Roseburg, Waco or Oklahoma City, as our technical support networks sapn the globe

curmy, read my first two or three posts ever, it is about dell and the unnamed phone company in podunk spelled a-l-l-t-e-l and india and service. they nearly drove me insane. but to be fair, the dell people were the nicest of all. i also found out if they can't fix your problem they have a level two tech support and if THEY can't fix it, there really is a level three. one call to the level three person and wham! problem solved.

now all of this was my rant on tech support which, i know, has nothing to do with your blog, i just got carried away (as usual).

Well said and nothing wrong with bordering on political from time to time, if you so choose. :)

I used to work for a big world wide home furnishings store who touted themselves on their family friendly workplaces, their women friendly practices and many other explemplary ways of providing for the people.

But I know for a fact that all the cleaning crew were hired out, illegal and making nothing.

And that's not right. And how can you say you "don't know" because you outsource through someone else.