New NO PRIZE contest: Name the worst 70's song EVER

Sari, of The Geek Inside, inadvertently inspired this with a Friday shuffle post. I've noticed a lot of these in my travels -- seven songs, or 10, or a dozen -- some number of tunes that you're listening to right now.

But what about songs that make you queasy all over... that make your flesh crawl... that make you look for a blunt object to smash the radio with? There are bad songs in any era; as near as I can tell, bad and worse have cornered the contemporary market.

But the 70's were a Golden Era of horrible songs... and Sari mentioned one of them today: "Hooked on a Feeling" by Blue Swede (not Blue Suede, Sari).... Hooogashaka! Hoogashaka! Hoogah -- hoogah -- hogashakah! At least Bob Sirott had great fun with that awful intro during the afternoons on WLS. (I believe the accompanying photo of Mr. Sirott was taken shortly after his bar mitzvah.)

It's so easy to cite horrible songs from the 70's -- anything by Cher, for example (although... at the time... and remember I was young... I kind of liked "Half Breed" or "Gypsies, Tramps & Thieves.") I always hated "Rock On" by David Essex -- yet it's still in heavy rotation on oldies stations across the country today. And anything by Tony Orlando and/or Dawn or by Donny and/or Marie are just too, too easy.

So the foregoing aren't truly bad enough, people. We are looking for real, awful, terrifyingly bad tunes. Here are some of my suggestions. After you take your anti-nausea meds, come back in the comments and add your own nominees. Let's strive for consensus here, people! 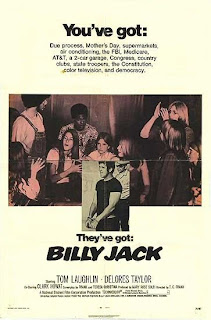 OK, folks, now it's your turn: Do your worst!

Email ThisBlogThis!Share to TwitterShare to FacebookShare to Pinterest
Labels: No Prize Contest

Find a bad song? i can manage that!

A lot of the bad ones I know tend to be in the eighties. Which decade was 'Superman' and 'The Chicken Song' in?

Darn it, a girl can't get away with a typo anymore! ha ha

You picked two of my most hated songs - I immediately nominate Seasons in the Sun and One Tin Soldier (or second, as it were).

I've got a few more swimming around but they haven't surfaced yet. I will definately be back.

PS I like The Night Chicago Died - not for the lyrics but for a funny bit that was once on Mystery Science Theater 3000, one of my past favorite shows.

Give me time. I can come up with more.

You're having my baby - Paul Anka


I could come up with a lot more, but there are a few for now. AND yes, I agree - Muskrat Love - argh!

Claire -- so come up with some already!

Sari -- Havin' My Baby is pretty awful. And I thought about Torn Between Two Lovers... I just didn't think it was awful enough. But Minnie Ripperton? She's from Chicago, you know... and I kind of liked the song. (And it was used to great effect in a charge card commercial a couple years back, remember?)

Billy Don't Be a Hero was pretty awful... and there's lots of reasons to hate the Pina Colada song... but I'm pretty sure I bought the 45 of My Ding a Ling.

I just didn't let my parents hear it.

Hey don't get shirty with me! I am providing the music as well as song!
Cheeky

Ooh...yet another:
I Believe in Miracles (Hot Chocolate)

I'll give you Minnie because I like The Night Chicago Died for a similar reason. The commercial was good, I remember it.

My first choice would definitely have to be Muskrat Love (pardon me while I retch!)

The Night the Lights Went Out in Georgia - Vicki Lawrence

That should be enough to leave you nauseated for a little while at least!

What about...
You Light Up My Life - Debby Boone
I Think I Love You - Partridge Family
Have You Never Been Mellow - Olivia Newton John

Lynn, You Light Up My Life takes the cake! Now I am going to toss my cookies.

Never did much care for Olivia Newton John, true.

A lot of therapy went by the boards when I saw the reference to "You Light Up My Life".... but "Honey" by Bobby Goldboro is truly retchworthy as well....

Curm,
It may not be as funny as this contest, but why not have people offer up their favorite songs from the 70s?
Could be interesting.
My husband said people would probably say anything by Pink Floyd.

I think a lot of people actually did like "Afternoon Delight" but I just found it be a little too treacly for my tastes! Truth be told, I liked "Hooked on a Feeling" by Blue Swede!

Now for my list (many of mine have already been mentioned, so I won;t repeat them):

"Playground in My Mind" - don't remember the singer

"The Night the Lights Went Out in Georgia" - Vicki Lawrence

I never hated the Carpenters either, but Sing a Song?

Some of these are great picks. You Light up my Life was seriously dreadful.

I also remember this song, Lovin' You-- but I can't remember the singer. She had this dog whistle kind of note at the end that was like fingernails on a chalkboard to me. To add insult to injury they used to use in Burger King ads. Simply awful.

sqt - "Lovin' You" was the Minnie Ripperton "classic" to which others referred..

it certainly did sound like fingernails on a chalkboard!

"When the Moon Hits Your eye like a big pizza pie.." I don't remember title or artist. If that wasn't the 70's I am old enbough to have my decades muddled) then how about YMCA!

Now, tell the truth. Could you read those lines (either of them)without having the song creep into your brain? Reistance is futile.

Oh, Hilda -- yes, Run Joey Run is a truly awful one... but it came up in rotation on the computer here one night when Younger Daughter was in the room... and it was worth the pain of hearing it to watch her experience the horror of hearing it for the first time.... and Playground in my Mind was performed by Clint Holmes....

Landgirl -- Wikipedia says Dean Martin recorded That's Amore in 1953... I thought it was somewhat later than that... and, yes, both of those songs get into your head and are difficult to dislodge....

OH those were great....gosh I had completely forgotten about them...but as I read each of your choices the songs went through my head and I started sining them...I actually didn't mind The Night Chicago Died.....I can't believe it was the 70's....holy crap batman how time flies.....

I liked Debbie Boone. But I was 12, so it was the perfect sappy song for a 12 year old.

The song starts out with a REALLY whiny girl saying:

It's the story of a romance between two teens where the girl's father doesn't approve of the boy. One day the girl (Julie) calls Joey and tells him not to come to her house because her father has a gun and he's going to make Joey pay for "what we done".

So of course idiot Joey ignores Julie and shows up at her house, and as she runs to him yelling "Run Joey Run!!!", her gun-toting dad shows up and just as he shoots (BAM!), Julie runs in front of Joey, and well...

The worst part is that Julie's whining is repeted throughout the song.

That sounds dreadful!
Can't believe I don't remember it.

During the Seventies I went to a concert. John Denver, and I'm suprised he didn't get a mention in the comments. His opening act was the one and only Starland Vocal Band, right after Afternoon Delight had come out.

The highlight(s) of the concert was/were the every other song mass ignition of lighters. I think that's the point when Bic switched from cheap pens and became the poor man's Zippo it is today.

I don't know if this has been mentioned yet, but "If" by Bread was always a nail's on the chalkboard for me!

Um, OK, I'll grant you there is a section of the Chicago Neighborhood Map labeled "East Side." A small section. But... surely you're not offering a defense for "The Night Chicago Died" on that basis... are you?

I don't know if these have been mentioned yet, but:

My first concert was seeing Sean Cassidy and The Bay City Rollers at the old Boston Garden, I am embarassed to say.

What about Muskrat Love, by Captain & Tenille? Now that really sucks.

I ONLY listen to classical music. Anything else is el sucko dicky.