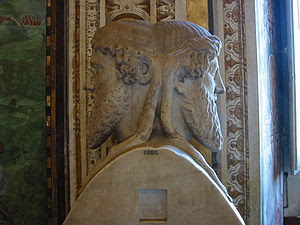 The newspapers, for those of you who still remember what those are, are filled this week with reminiscences about the year now drawing to a close. This seems appropriate as we enter the month of January, named for the Roman god Janus, who looks forward and backward.

But the newspapers are also looking back at the past 10 years -- there are all sorts of lists of the top 10 this or that of the last 10 years.

The papers act as if the decade is coming to a close.

It's an understandable mistake, I suppose, since decade comes from a Latin word meaning ten. But I have come to think of decade as meaning a group of consecutive years related by some common theme, whether or not the 'decade' lasts 10 years.

The 1950s were a particularly long decade, beginning with the Berlin Airlift in 1948 and ending on November 22, 1963. I know some people may blanch at the idea of grouping "Camelot" with the Eisenhower years, but the unifying theme of the 1950s was the East versus West struggle. The Cuban Missile Crisis of 1962 belongs firmly within that period. And even culturally -- can you really argue that the Rat Pack had more in common with the Beatles or the Rolling Stones than with Brubeck? No, I didn't think so. 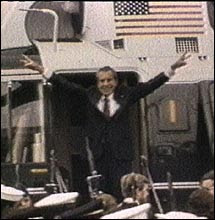 The unifying theme of the 1960s was the West's struggle with itself. The decade began in Dallas -- and ended on August 9, 1974 when Richard Nixon resigned.

The 1970s were a mercifully short decade, lasting only until January 1981 when the criminal lunatics who stormed and captured the American Embassy in Tehran released their hostages. (Now these same criminals are running Iran and building nuclear weapons. Isn't progress wonderful?)

Anyway, the 1980s began at that moment -- and ended in November 1990, when the Berlin Wall began crumbling.

That was supposed to be the end of history, remember?

Such were the 1990s -- a "decade" that came to a horrifying conclusion with the collapse of the Twin Towers on September 11, 2001.

We may not know for some years yet when this decade ends... or ended. Perhaps it will end in 2012... along with the Mayan calendar.
Posted by The Curmudgeon at 9:29 AM

I got confused about decades ten years ago. I've now forgotten the consensus, but since there was no year zero, isn't the end of the decade a year from now?

If the world does end in 2012, this could be a shortish decade.

same question as Dave had.. interesting.