Four years ago today, on December 7, 2005, I began injecting my own steady stream of verbiage into an indifferent Blogosphere.

Well, not entirely indifferent: I get several visits a day from people looking for the rather wicked cartoon in this post from September 2007. I can tell from referrals on the Sitemeter.

I also get some traffic, nearly every day, from people who are lured here by a January 2007 post, How to argue a motion (Part One). At least I wrote that one. But I've never gotten around to part two. If those visiting this post have found any useful advice in that one, they've not said so. The stats say they don't stay long. (If I re-did the post today, I'd have to update it anyway: Clarence Darrow is now no better than the third most famous lawyer to come out of Illinois.)

After four years, I also have some regular visitors who come here to read what I write almost every weekday... at least when it's not too long....

And it's particularly appropriate that, last week, when I solicited suggestions on how to commemorate this occasion, it was the two readers who've been with me from very near the beginning who made suggestions.

So, Bee, for you, we gotta have cake: 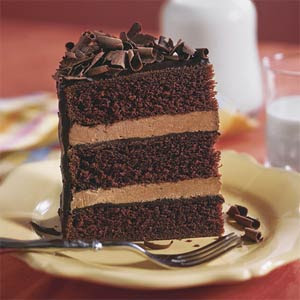 Well, Captain, our budget here is small so I had to had to get a used balloon. I had a small budget but I wanted a really big one. But I got lucky: I got a really good price on this one. It is so large it could have carried a six year old child. The previous owner was anxious to get rid of it for some reason: 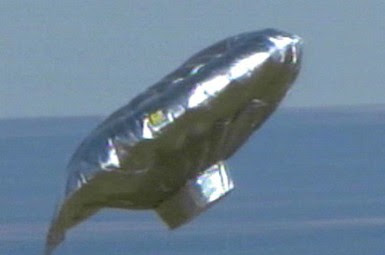 And then, I thought, as long as I was thinking big, how about combining the two... cake and balloons? So I broke open the piggy bank, uh, went rummaging amongst the images stored on the Internet and stole -- er -- found these: 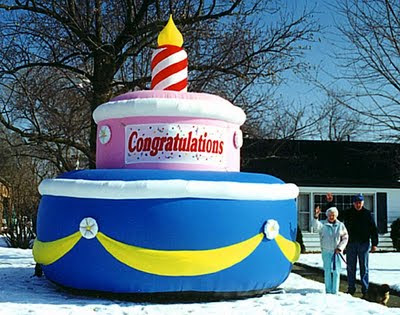 I don't think this couple will mind if we just take a small piece of their giant cake.

And then there's this giant cake balloon: 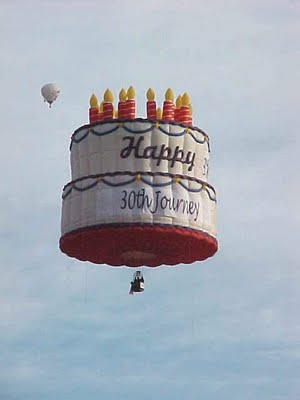 How's this for festive?

My thanks to all of you who visit today and any day.
Posted by The Curmudgeon at 7:10 AM

oboy! cake!!! i mean happy blogeversary curmy!! have a lovely day, i know i will, there's CAKE!!!

Congratulations! I readily await your offering for the next four years.

Don't sell your self short. I look to your blog nearly every day. It is all very good - like an Andy Greeley novel without the sex!

A balloon cake - there is the solution to all your problems!

Your blog is a gem. I look forward to checking my blog reader every day just to see what's new at Second Effort.

Happy bday! I've enjoyed reading you so let's hear it for at least four more!