Videos at home on a sick day, then and now

I didn't actually take an entire day off whilst recently battling the plague (I'm finally getting better, though, and thanks for asking) but I did come home early several days in a row, often even before Long Suffering Spouse got home from her teaching job at the neighborhood Catholic school.

Weak as I was, therefore, I still had an awesome power: I could watch anything I wanted on TV.

Unfortunately, what was true of Daytime TV when I was younger remains equally, and painfully, true today: There's nothing on. There are simply more channels.

So I toyed with the idea of picking out a video to watch.

When the kids were little, bringing home germs that felled all of us, we would hunker down to watch movies together. These the kids picked out.

When you're sick at home movies are comfort food for the soul -- as important to feeling better as cough syrup and nearly as important as chicken soup. 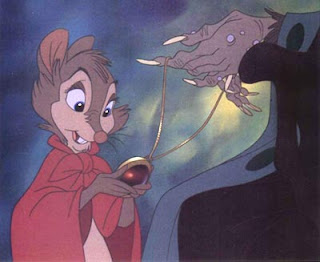 With Older Daughter, it was The Secret of NIHM, a Don Bluth movie about intelligent mice. And rats. It was a sweet little movie... that eventually wore out its welcome after (seemingly) endless repetition.

With Younger Daughter, it was Disney's Fantasia.

This troubled me... but only because I thought of it as a movie that people never watched unless they were stoned. What can I say? The 70s warped a lot of us. 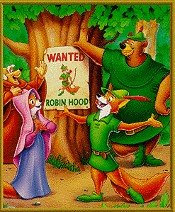 There were other favorites, of course. The kids made an important distinction between their Robin Hood (the Disney cartoon, at left) and my Robin Hood... with Errol Flynn, Basil Rathbone and Claude Rains.

So, naturally, when the kids were little and we debated which movie to put on, the Disney version won out almost every time.

Times change (thankfully, in this case). Now the kids and I both enjoy Mel Brooks' Robin Hood: Men in Tights.

And, speaking of Cary Elwes, perhaps the ultimate 'sick day' movie in the Curmudgeon house when the kids were little was The Princess Bride. 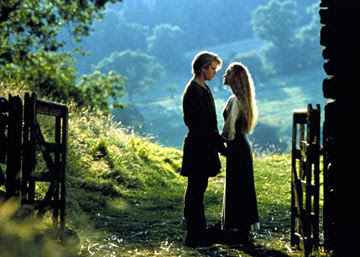 I think every one of my kids, to this day, can recite large portions of dialog from this movie on command. I thought about putting this movie on myself when I was home early at the end of last week.

After all, this was an opportunity for me to watch anything I wanted.

I could even watch some Monty Python, I thought.

A couple of years back Long Suffering Spouse gave me every episode of the Monty Python TV series in a boxed set. I love Monty Python.

But Long Suffering Spouse hates it.

And, I thought, if I put that on, I'll doze off peacefully... but I'll pay for it when Long Suffering Spouse gets home.

But my Inner Child wanted something familiar. So here's what I picked out: 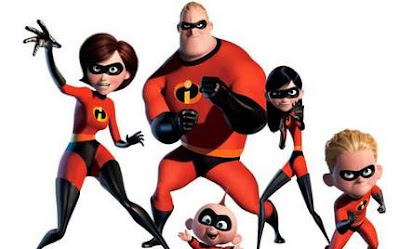 The Incredibles
What? I suppose you'd have picked out something by Ingmar Bergman? Or Akira Kurosawa?
Posted by The Curmudgeon at 8:33 AM

Almost any of the Pixar movies are great mood-lifters when you're sick and camping out on the sofa under a "blankie."

well i can't say that would be my choice but then when i am "puny" i like peace and quiet... hope you are better now.

I like Miyazaki movies myself but Incredibles is great.

I made a sound like a pirate as I scrolled down to your selection.

Yep, it would have been The Princess Bride for me. I too, can quote large chunks of dialogue from the movie, and ironically enough, checked the novelization out of the library this week. It's scary though...the author writes so convincingly of the (fictional) author who wrote the "original" book that I had to actually look it up to make sure he was writing fiction. William Goldman, the author, claims to be "abridging" the "original" Princess Bride, by an S. Morganstern...who turns out to be fictional. Yes, I'm confused.
You probably are too, by now.