Which of these is really news? 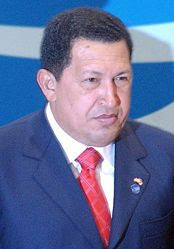 This is Hugo Chávez, Venezuelan President and strongman. He held an election down there this past weekend which would have rewritten that country's constitution in a way that would have allowed him to perpetuate his reign over that nation.

He lost the election. (That's a link to the New York Times article -- genuflection optional -- about the election outcome.)

Not only did he allow the world to find out that he lost the election, Chávez has indicated -- at least so far -- that he intends to abide by the results. 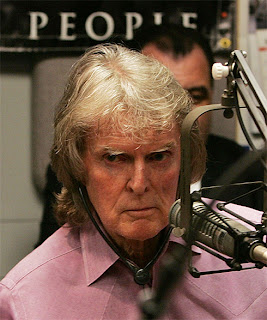 This, I am told, is Don Imus. He's on the air again in New York. (That's another link to the New York Times. I don't think you have to genuflect twice.)

He used to get high ratings and make lots of money for his former employers. Thus, it was inevitable that someone else would eventually rehire him, hoping that he can recapture those ratings and profits.

It is said that news is 'man bites dog' not 'dog bites man.'

Chávez losing an election -- and admitting it -- is definitely 'man bites dog.' That is not how a traditional caudillo acts -- his mentor Castro would never have done this.

The only way the Imus story could rise to the 'man bites dog' level would be if his return to the airwaves was as play-by-play announcer for the Rutgers women's basketball team.
Posted by The Curmudgeon at 8:44 AM

Imus could make Al Sharpton his roving reporter. Now that is a "Man Bites Dog."

I can't say it any better than Sue did.

That is my word of the day.

The Enterprise Party is going strong.

It is good that Chavez struck out for the time being. What is it about these 'dictators' for life? Like in the USSR, the communist leaders had their summer dachas and never ever waited in line for scarce foodstuffs like the rank and file. Much like Putin and his probably ill gotten election triumph, these guys want sole power only for themselves. The power-to-the-people rhetoric they employ is solely enjoy the spoils for themselves and their cronies, not the populace...

Great article you wrote here. I'm fascinated by Chavez and will be watching to see what he actually does. Imus? gawd

He shouldn't do a gardening show. He would have to say hoe and hose.