At the Mall with the Grinch Curmudgeon

Older Daughter called my cell phone as Long Suffering Spouse and I were shuffling through the Mall on Saturday.

One seldom proceeds at more than a shuffle in the Mall: No matter how slow you go, there's someone in front of you moving slower. And, though America is supposedly getting wider each year, each year the aisles in the stores are made more narrow. To slow traffic even more.

It was cold in Chicago Saturday and Long Suffering Spouse wondered why I wasn't wearing my down jacket -- I would not have lasted five minutes standing still outside with the light jacket I chose. But I would have stalled traffic in the Mall even more, as the down jacket brushed against display items knocking them on the floor. Then I'd have to stop and pick them up... and even if I didn't, those poor unfortunates behind me would have to navigate around them, right?

Didn't they shoot one of the many remakes of "Night of the Living Dead" in a shopping mall? All they'd have to do is film the Christmas shoppers at actual speed -- traffic therein moves at the exact same soul-deadened, zombie-like crawl.

But -- back to the phone call from Older Daughter. She was just checking in to let us know she'd completed a trip safely. "Where are you?" she asked. "In the Mall," I told her. "I'd rather be at the dentist than here."

Long Suffering Spouse shot me the Death Glare. Honesty, it seems, is not always the best policy. 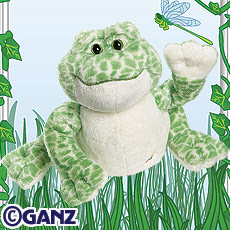 Later, we were in a store searching for something called "Webkinz" -- the current successor, it seems, to the Beanie Baby craze of a few years back. Webkinz are apparently the favored playthings of our young nieces.

Webkinz are stuffed animals, similar to Beanie Babies, only more costly. This is the result, not just of the passage of time, but also of the fact that each stuffed creature comes with a computer code. You can visit the website, register, and play with your new toy on the screen at the same time as you play with the actual toy.

If I sound jealous, it's only because I am: Somebody is making a mint on this. At the store we visited, little girls from toddlers to teens were ooohing and aaaahing over the Webkinz display. (And buying, too.) 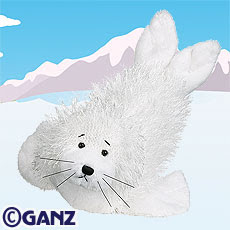 One of the newest Webkinz offerings is a little baby seal. The store clerk was trying to be helpful, telling us which items were new and which had been around for awhile because Long Suffering Spouse's sister didn't tell us what critters the girls had collected already.

"Baby seal, eh?" I asked -- and Long Suffering Spouse whirled around to shoot me the Warning Look.

Which I ignored. I pressed on instead: "Does it come with its own ba---"

And that's when I received the Death Glare again. And an elbow.
Posted by The Curmudgeon at 9:21 AM

Geez, it took me so long to get the comment box to open, now I've forgotten what it was I was going to say here! What the heck is with Blogger and the time it takes to load blogs and open comment boxes lately anyway?
Oh - back to the comment -hope my little granddaughter doesn't discover these things -I have enough problem keeping track of upteen Barbie and Bratz dolls and all the accompanying junk that she has for them -sure don't need another whole collection and certainly not one that would require allowing the four-year-old's fingers to be legitimately using Gram's semi-trusty computer!

Papa Bear and I just discovered these ridiculous toys too and are so glad our daughter has not. Weren't gigapets and Furby bad enough????
Glad you survived the mall and wife :)

I know that "Death Glare" well, perhaps that is why I am not still married.

I *told* you I'd do your Christmas shopping if you'd pick up my kids from Midway on Saturday! See, it WAS a good idea after all! And I bet I wouldn't have gotten the Death Glare either!

I don't buy those - I already have to share the computer enough as it is, I refuse to let them play with toys on it too.