Most of you outside the State of Illinois may be confused by this salutation, and well you might be: Wikipedia reports that Casimir Pulaski Day is a holiday almost unique to Illinois, though a similar day is observed in parts of Wisconsin and there's a proclamation, but no holiday, in neighboring Indiana. 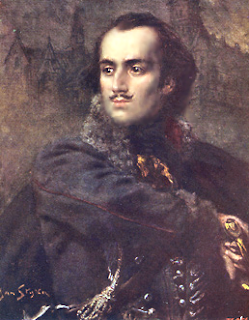 Pulaski was a Polish volunteer in the American Revolution and is regarded as the Father of American Cavalry. For those afflicted with insatiable historical curiosity, here is a link to General Pulaski's Wikipedia biographical sketch.

The Pulaski Day holiday was first observed in Illinois in 1978. This was also the year that elections for state offices were severed from presidential elections: For example, though elected in 1976, Republican Governor James R. Thompson was forced to run for reelection in 1978. And, for many years, Chicago had the largest Polish community in the world, with the exception of Warsaw. (Things may have changed recently, but only just.) Thus, a zeal for history and a need to commemorate a great American Revolutionary hero can only be considered as part of the legislature's motivation to proclaim the holiday.

Whatever other motives may be ascribed or imagined, anything that is done in Illinois is done -- at least in part -- for votes.
Posted by The Curmudgeon at 8:51 AM

Email ThisBlogThis!Share to TwitterShare to FacebookShare to Pinterest
Labels: Things you never knew -- and never wanted to know either

I used to live on Pulaski Street in the small town of Jewett City here in Connecticut and, if memory serves, I believe it is, in fact, named after this very Pulaski of which you wrote.

If I'm not mistaken, there is a historical marker in the town that talks about Pulaski coming through during the American Revolution. I'm going to have to reverify that next time I'm up that way.

Happy Pulaski Day to you!

There is an interesting few facts.