All in good pun

Another one that I found cleaning up my email, some of them 'punched up' and (maybe) slightly improved by yours truly as an exercise.

Two antennas met on a roof, fell in love and got married. The ceremony wasn't much, but the reception was excellent.
* * *
A jumper cable walks into a bar. The bartender says, "I'll serve you, but don't start anything."
* * *
Two peanuts walk into a bar, and one was a salted.

Didn't Monty Python use this about 30 years ago in a sketch about the ultimate killer joke of World War II? Just asking....
* * *
A dyslexic man walks into a bra.
* * *
A man walks into a bar with a slab of asphalt under his arm and says: "A beer please, and one for the road."
* * *
Two cannibals are eating a clown. One says to the other, "Does this taste funny to you?"
* * *
"Doc, I can't stop singing 'The Green, Green Grass of Home'." 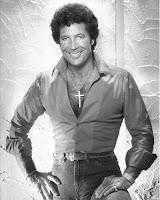 For you youngsters out there... find someone to explain this one to you. Or rent Mars Attacks!

For everyone else -- see how long it takes you to get "It's Not Unusual" out of your head this morning....

* * *
Two cows are standing next to each other in a field. Daisy says to Dolly, "I was artificially inseminated this morning."

"I don't believe you," says Dolly.

"It's true, no bull!" exclaims Daisy.
* * *
An invisible man married an invisible woman. Their children were nothing to look at either.
* * *
Deja Moo: The feeling that you've heard this bull before.
* * *
I went to buy some camouflage trousers the other day but I couldn't find any.

Here I believe our email circulator has left the world of puns and invaded the routines of Steven Wright.
* * *
I went to a seafood disco last week... and pulled a mussel.
* * *
What do you call a fish with no eyes? A fsh.

Here we've left the world of puns again. Now we've joined the first graders on the playground....
* * *
Two fish swim into a concrete wall. The one turns to the other and says, "Dam!"
* * *
Two Eskimos sitting in a kayak were chilly, so they lit a fire in the craft. Unsurprisingly it sank, proving once again that you can't have your kayak and heat it too.
* * *
A group of chess enthusiasts checked into a hotel and were standing in the lobby discussing their recent tournament victories. After about an hour, the manager came out of the office and asked them to disperse. "But why," they asked, as they moved off. "Because," he said, "I can't stand chess-nuts boasting in an open foyer."

OK, that hurt. But it moved Tom Jones out of your head didn't it? Hello, Nat King Cole!
* * *
A poor woman has twins. Because she and her husband can't support the new children they give them up for adoption. One of them goes to a family in Egypt and is named "Ahmal." The other goes to a family in Spain; he is named "Juan." Years later, Juan seeks out his birth parents and sends a picture of himself. Upon receiving the picture, she tells her husband that she wishes she also had a picture of Ahmal. Her husband responds, "They're twins! If you've seen Juan, you've seen Ahmal."
* * *
Mahatma Gandhi, as you know, walked barefoot most of the time, which produced an impressive set of calluses on his feet. He also ate very little, which made him rather frail and with his odd diet, he suffered from bad breath. This made him... a super calloused fragile mystic hexed by halitosis.
* * *
Finally, there was the person who recycled an email with 20 different puns in his blog with the hope that at least 10 of the puns would make his readers laugh. No pun in 10 did.
Posted by The Curmudgeon at 7:24 AM

Email ThisBlogThis!Share to TwitterShare to FacebookShare to Pinterest
Labels: Mailbag

hahahahaha! I'm trying to choose my favorite.
I'd have to go with the twins, but the Gandhi one was cute for those of us who remember "Mary Poppins" - never mind Tom Jones or Nat King Cole, Julie Andrews' voice is now in my head for the rest of the day.

Oh this is just great, now I'm going to be humming that dreadful Tom Jones tune in my head for the rest of the day. I'll get you for this my pretty, and your little dog, too. Oh yeah, do you have a dog?

Oh, more cow jokes for my collection. Thanks for sharing these. A good laugh is always a nice addition to a day. But shouldn't you be preparing for court tomorrow? I can only manage about 2 hours of working in a day so my hat is off to you!

i like the dyslexic guy, because maybe, he's not really dyslexic ? :)

What a collection of cringers!

Hahahaa!!! Those were great! (Thanks for taking the dare!)

groan.... no seriously, i did laugh out loud twice curmy. did you take your vitamin?

ahhh... my personal favorite is the Ghandi one...

A skeleton walked into a bar and said, "Give me a beer..and a mop!"

Actually, this was exactly what I needed to lift the gloomies today. Thanks! And, re: your posts since this one, I'm glad to hear that you're getting up to speed and choosing to do so without rushing into it! Now I'm off to see if I can find a tree and a rocketship... :)

Oh that was way tooooo funny! It's been a long time since I've heard some good, clean jokes. Thanks for posting!