I hate phones generally: I don't like to call people I know during regular business hours. Why in the world would I want to call a total stranger at 5:30 a.m. to tell them there's no school today?

So I welcomed automated phone calling systems -- when used for this limited, specific purpose, mind you, not for selling me stuff.

Do you know how many of those calls I get every single, stinking week?

But even my limited acceptance of automated phone systems was perhaps premature, as this story from USA Today (that I noticed the other night on Yahoo!) makes clear....

Linda Jump's story reports that someone pushed a wrong button at Florida's Palm Bay High. Last Friday, instead of 16 households receiving reminders that their young scholar was required to serve a Saturday detention, all 2,550 school households got the call. 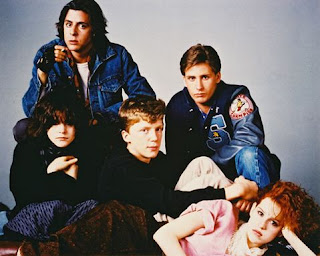 I was looking for a photo of kids in detention to
illustrate the post. This was the best I could do.
Ah, yes, parent-child communication in this modern age (as memorialized in this snippet from Ms. Jump's story):

"One of my friends texted me to ask if I had Saturday detention," said Robert Lenoci, 15, of Valkaria. The sophomore is going to the state science fair finals and hasn't been in trouble before.

"I looked and I had a message from mom. She was asking, 'What did you do?' It was pretty bad," he said.

Apparently the school administration didn't find out about the error until 9:30 Friday night -- too late, they judged, to send out a correcting message.

So, parents: You've received a call from the school telling you that Junior has a Saturday detention. Junior denies everything. (So what else is new?) What do you do? Do you (a) ignore the summons or (b) drag Junior out of bed and over to school on Saturday morning to serve his pennance?

This does not, however, mean that 99% of the Palm Bay High parents chose to ignore the call. Jump's story makes clear that the grapevine was buzzing, even if the automated phone system was not, and many parents determined for themselves that an error had been made.

Jump reports that one parent who yelled at her child and dragged him to school -- only to then find out about the mistake -- felt so guilty that she took the kid to breakfast.

We chatted about this story in the Curmudgeon house after I found it online. Younger Daughter was certain we would have dragged her over to school. Long Suffering Spouse and I weren't about to disagree.

Nor would we have felt "guilty" when the mistake was discovered: As my mother used to say to me, when I would loudly protest against punishment for some wrongful accusation (it wasn't always my fault, you know): "Offer it up. This is for some time that you didn't get caught."
Posted by The Curmudgeon at 8:46 AM

Did you use that photo because it reminds you of your own 5 offspring?

You do have 3 sons and 2 daughters, right, Curm?

Have a good weekend

I loved that movie. According to Wikipedia which I just went to, Ally Sheedy's character went to detention because "I didn't have anything better to do."

Don't you love when the comments you get have little to do with the point of your post?

How amusing, what a nightmare scenario it would have been if all the kids had turned up. My youngest son is a bit cheeky sometimes and gets detention, his school is very, very strict. He would never dare not turn up for detention.

Your mother's attitude -along with you and your "long-suffering" spouse -run along the same channels as mine! I never felt the least bit guilty when my kids were growing up and one may have gotten blamed for something which later proved to be false. And today, I feel even less guilty about that too as the older they get, the more stories that come through telling me of other things they each did here and there over the years. So your Mom's idea there was really spot on then, wasn't it? At least, in my book!

It must have been tough finding the right picture for detention!