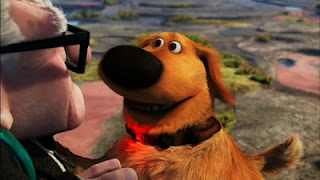 I'm like the dog in Pixar's Up these days -- almost anything steals my attention -- Squirrel!

Yesterday, for example, I read with great interest a story about Georgetown students who have pieced together a frightening portrait of tunnels deep underground in China, wherein the Second Artillery Corps of the Peoples' Liberation Army can shuttle nuclear missiles from one location to another. The students (and their professor) have suggested that China may have 3,000 warheads that can be run around these underground tracks, a number nearly four times prior estimates of China's nuclear capability.

And it occurred to me, why would our Chinese masters need all these missiles? If they want to destroy the West, they have only to call their loans. Or stop selling us stuff. Foreclosure seems easier -- and less likely to trigger nuclear winter -- and Squirrel!

I recently published an article on my other blog, the one I write in my own name, and I linked to it from my Facebook page. I got a few nice responses, which I take with a grain of salt. Some people (including me) can't take a punch. But I also have trouble taking a compliment.

A message I received from my sister Betty may explain why. Having reviewed the favorable comments, she wrote, "I don't really understand much about what you write, but I like to see you get acknowledged for it." How Irish of her! An insult dressed up as a compliment: Betty holds bachelor's and master's degrees in English. She teaches English in a suburban high school. If she can't comprehend what I write, it can only be because it's incomprehensible. I'm still smiling as I write this -- a masterful put-down is a thing of beauty. I was still trying to formulate an appropriate response when -- Squirrel!

I read a letter to the editor in the Chicago Sun-Times yesterday from Perry Sainati, of Belden Universal Manufacturing Co. A healthy excerpt (since letters don't last too long online on the Sun-Times website):

For the past two years, manufacturing all over the country is rebounding like it hasn’t in decades. There is a whole new face of manufacturing in 2011. That’s why manufacturing is now leading this country’s economic turnaround.

What’s more, as American manufacturers embrace innovation, automation and the value proposition, they’ve become the most efficient in the world. And that’s why in 2010, despite a 4.4 percent reduction in labor costs, they realized a remarkable 6.7 percent spike in productivity. In other words, these days American manufacturing is growing, and doing so with new demand for highly paid skilled workers. Some 20 percent of all manufactured goods worldwide are made in the U.S.A. This is a market share that has held steady for decades.

If you want to write a trend story, please write one that’s timely. Write about how many good manufacturing jobs continue to go unfilled in this country, even with 9 percent of our workers unemployed, because so few unemployed U.S. men and women are trained to do them. Write about how manufacturers who are producing “offshore” are facing escalating costs, long shipping lead times, detrimental quality and security concerns, are now starting to “re-shore” many facilities back to America. Write about how, thanks in large part to lean, forward-thinking Illinois-based companies like Caterpillar, and the millions they’ve invested in lean state-of-the-art plants, manufacturing is actually stronger in many states, including our own, than it’s been in years.

Gosh, I hope Mr. Sainati is right -- but all I hear on or read in the news these days suggests we are headed for Hell in an increasingly threadbare handbasket. I tried to think about how I could investigate (and hopefully verify) these claims and maybe do a post about it and -- Squirrel!

An article that pushes back the timeline for when humanity came 'out of Africa' caught my eye. And, in reading the article, I was struck by the assertion that Arabia, like the Sahara Desert, was once a lush, green place -- you know, climate change that predates even Al Gore? -- in other words, the world's climate is changing now because it changes always and the question is the extent to which humanity contributes to that change and whether we can hope to influence the changes that must come regardless of what we attempt -- and Squirrel! 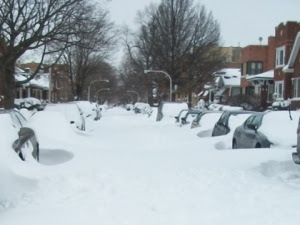 That got me thinking about the coming winter. Chicago is bracing for another brutal winter, according to another article I saw. All the forecasts, from The Farmers' Almanac (not your go-to destination for meteorological science) to Accuweather, are lining up to suggest that we may have a colder, snowier winter than we're used to here. (And we're used to a lot, not that it keeps us from grumbling about it....)

Well, that got me to thinking about Jeane Dixon. When JFK was assassinated, everyone remembered her prediction -- and forgot her subsequent prediction that Nixon would win in 1960. Although she might have been right about that later one: If Richard J. Daley hadn't desperately needed Dan Ward to beat Ben Adamowski in the race for Cook County State's Attorney, Kennedy wouldn't have gotten nearly as many votes from Chicago -- LBJ may have stolen Texas, but Daley the First did not steal Illinois for JFK; that was just a happy consequence of straight ticket voting -- the dead hated to ticket-split -- for which Daley was able to take credit. But, on the other hand, if Dixon had been right about Nixon winning in 1960, then no one would have remembered her earlier prediction about the assassination of a Democratic president elected in 1960 -- and that got me back to the grim weather forecast: I wondered, does anyone ever follow up on these dire weather predictions and see how often they come true? Now THAT would be an interesting -- Squirrel!

You know, this Information Age is fascinating. There's so much to know. If only I could pay attention long enough....

Squirrel!
Posted by The Curmudgeon at 8:36 AM

Email ThisBlogThis!Share to TwitterShare to FacebookShare to Pinterest
Labels: Enviromania, News and Views, Personal, Things you never knew -- and never wanted to know either

Good story. I haven't seen 'Up' yet, but I really must.

my dearly departed mil could match your sister betty spike for spike. in fact, most of what came out of her sweet mouth was like that. *shutter*

my sin? well i married her son of course!