Choosing your battles wisely in this so-called 'War' on Christmas

(Duplex comic obtained from GoComics, although I read it
-- in print this morning in the Chicago Sun-Times)
There was a brief buzzlet around Black Friday, with certain conservative Christian groups demanding a boycott of retailers who refused to use the word "Christmas" in their seasonal advertising and retailing strategy. When the sales associate wishes you 'Happy Holidays,' the argument went, you should put down what you've selected and walk out. Shouting "Bah Humbug!" perhaps over your shoulder?

For me and mine this is Christmastime. And I don't understand how and when wishing someone a Merry Christmas became potentially offensive.

Not that I haven't myself caved in to the apparent cultural decree: I once found myself wishing people "Happy Holidays" -- in the vestibule of the parish church after Midnight Mass on Christmas Eve.

Why should saying "Merry Christmas" be offensive? Christmas surely has a well-developed secular component. I forgot to set my DVR yesterday for the annual showing of A Flintstones Christmas -- and there's an Ice Age Christmas special I'm looking forward to catching at some point -- but how sensitive must you be to take offense at these and similar projects? Unless, I suppose, if you're a particular sort of prickly Christian who can't get over the idea of cartoon characters celebrating "Christmas" thousands of years before the birth of Christ. 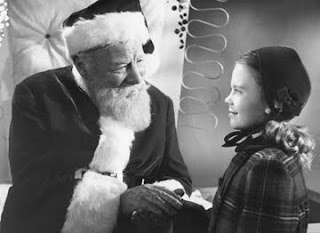 Actually, looking back on the holiday classics I grew up with -- Miracle on 34th Street, for example -- the concern was that retailers were co-opting Christmas for their own selfish, commercial purposes. So... maybe... shouldn't that mean that I not get upset when a storekeeper says "Season's Greetings" or "Happy Holidays"?

I admit that it was a little jarring to watch the Patriots-Redskins game yesterday on CBS (the Bears had the late game, in which they were the latest overconfident bunch to get Tebowed): CBS kept running a 'holiday' promotion for its shows in which the words 'jingle' or 'holiday' seemed to predominate. I kept waiting for at least a throwaway Merry Christmas, but none was forthcoming.

I think there is a growing hostility to religion in some quarters, and a growing hostility to certain religions in many quarters. Take a look at this thoughtful essay on Popehat, Lowe’s, “All-American Muslim,” And Living From The Inside Out, if you have a moment. Stephen Chapman's column in yesterday's Chicago Tribune, Obama's 'war on religion' (which offers a partial defense of certain of Gov. Rick Perry's recent accusations) is also worth your time this morning. (More important, from my point of view, Chapman explains how Catholics like me are also in the cultural crosshairs to some extent.)

But just because you believe that "Jesus is the reason for the season," does not mean you can or should act like a jerk, OK?
Posted by The Curmudgeon at 9:19 AM

Email ThisBlogThis!Share to TwitterShare to FacebookShare to Pinterest
Labels: Christmas, Religion AND Politics