Younger Daughter and Olaf moved into our house after they were married.

No one asked me what I thought of that arrangement; it was simply assumed that I'd hate it.

Then, after I was asked, and after I'd stamped my feet and blew my top and screamed no, no, never, never, Long Suffering Spouse would have had to sit me down and force me to face facts: Where are they going to live? They have no money. How are they going to find work? Olaf has to finish a number of classes to get his degree. Younger Daughter is carrying your grandchild. Do you want them on the street? And then I'd sit and hang my head and bow to the inevitable.

Better, the family felt, to just tell me this is how it's going to be and not bother with all these intermediate steps.

So now we have gone from being Empty Nesters to something of a commune setup.

Olaf's job is to take the summer school classes he needs to finish his degree requirements, to complete the Incompletes he racked up in several other courses, and prepare for the first of his actuarial exams. After that, he should be employable. Once employed, he and Younger Daughter can Move Out.

But Long Suffering Spouse -- who is home now for the summer -- has become dissatisfied with Olaf's progress. He brought his double-screen computer from his parents' house and set it up in ours -- but Long Suffering Spouse has seen Facebook open on one screen too many times. He's "current" in his summer school courses, we are told, but none of the Incompletes are Completed. And the deadline for the first actuarial exam (the one this month) was on their wedding day. Olaf forgot to register in time. Now he's signed up for another in August. But he hasn't started studying for that one either.

The baby is due in early October, and Long Suffering Spouse is becoming concerned. And that's putting it mildly. 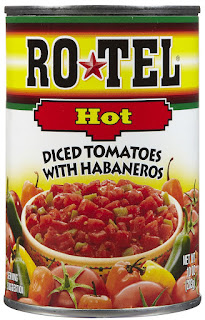 It seems he always has a bowl going.

And he never quite rinses any of them. Melted cheese turns to concrete when left alone, unrinsed, in the sink.

Actually, between Olaf, Younger Daughter and Youngest Son (who is also residing with us this summer), Long Suffering Spouse finds she can not keep the sink clear of dishes. She'll get it emptied, then go on to do some work of her own, then return -- and find it full again (if only partially, and ineffectively, rinsed).

Long Suffering Spouse says Olaf eats something every couple of hours. She had me hiding food Sunday after her return from the grocery -- just so there will be something available later in the week.

Long Suffering Spouse is feeling a bit like hotel staff in her own home -- and it's only a matter of time now before Mt. Mom erupts.

It's funny: I only have to put up with it on weekends, so it's not as oppressive for me. The one everyone thought would lose it is keeping it together.

At least it will be funny -- until Long Suffering Spouse really loses it.

I'm hoping Olaf will take the subtle hints we've been giving his new bride (who, understandably, feels rather in the middle on all this) and exhort Olaf to greater accomplishment. We'll see....
Posted by The Curmudgeon at 12:26 PM

i feel really bad for lss, i would have already erupted i fear, i like to know what is in my refrigerator and not be surprised by what has disappeared.

The job of a good volcano is to blow its top once in a while!

My mild-mannered self may have erupted by now. Olaf must learn how to wash dishes/fill-empty dishwasher.

Does he dust and vacuum?