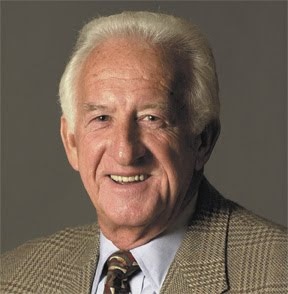 Sometimes I think I should reposition myself as the Bob Uecker of the legal profession.

Uecker wasn't half as bad a baseball player as he claims -- he was never a big star, but he has a World Series ring to disprove his many stories about his professional failings. (OK, Uecker didn't actually play in the 1964 World Series -- he says the team injected him with hepatitis just to be certain he'd not get on the field -- but he was on the team.)

Somehow, somewhere along the line, Uecker figured out that there were a million ex-jocks beating the bushes looking for work but only one of them could be the worst of all time. That insight was his ticket to fame and fortune.

Some examples of the wit and wisdom of the great Bob Uecker (obtained here):


"I set records that will never be equaled. In fact, I
hope 90% of them don't even get printed."
"I led the league in 'Go get 'em next time.'"
"In 1962 I was named Minor League Player of the
Year. It was my second season in the bigs."
"They said I was such a great prospect that they were
sending me to a winter league to sharpen up.
When I stepped off the plane, I was in Greenland."
"When I came up to bat with three men on and two
outs in the ninth, I looked in the other team's
dugout and they were already in street clothes."
"I signed with the Milwaukee Braves for three thousand dollars.
That bothered my dad at the time because he didn't have
that kind of dough. But he eventually scraped it up."
The problem I have with embracing this strategy is that I'm still harboring some slim hopes of getting legal work. Uecker didn't officially become world's worst baseball player until he took off his spikes for the last time. Still... I have to wonder if I'm not just wasting my time trying to find work. There are lots and lots and lots of lawyers out there -- and all of them claim to be really good. (It's the idiot judges who are bad, and that makes us look bad, you see....)

I've been a pretty good lawyer for 32 years -- and, nevertheless, I've looked pretty bad on more than a few occasions. Maybe I should stop trying to compete with all the other pretty good lawyers and seize the lonely territory of the self-confessed terrible lawyers for myself.

I was thinking about this yesterday when I was explaining to a retired judge a little background about the case he was mediating. We did settle the case, achieving a good result for the client in the process, but as I was explaining to him about how one of the defendants had gotten out of my coverage case, I thought I could see something in the good man's face....

"Denied?" His voice and his eyebrows shot up at the same time.

"And that was affirmed on appeal."

The problem with staking out a claim as the World's Worst Lawyer is that lawyers generally have no sense of humor whatsoever. My brother and sister lawyers are too damned likely to accept my assertion at face value. Unless I become an overnight sensation in some other field, what then would I do?
Posted by The Curmudgeon at 2:01 PM

awww curmy i'll bet you're a terrific lawyer! in fact if i ever move to chicago (which doesn't look promising but still) and if i ever need a lawyer, well you'll be it!

ps: congratulations on the check up!