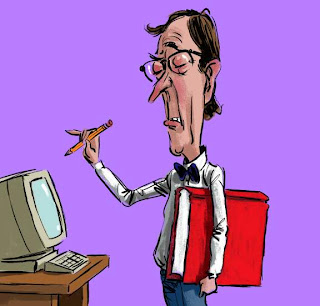 Readers of this blog will note that I frequently inveigh against the creeping Orwelliazation of the English language, that is, the taking of wholly useful, commonly understood words and infusing them with a new and different meaning and, then, all too often, denying that the prior definition ever existed.

I am old enough to remember, for example, when "gay" meant "happy." Once upon a time, children, "queer" meant "odd" or "different." "Marriage" was the union of a man and a woman. "Police action" meant Officer O'Flaherty swinging a billy club at some miscreants, not hundreds of thousands of American troops fighting wars in Asia. For that matter, "war" meant a violent confrontation between nations, or among groups of nations, fought with armies and navies and air forces, not a public relations campaign against (pick any or all of the following) poverty, drunk driving, obesity, drugs....

Another word which has been hijacked and perverted (without apparent protest!) is "martyr."

Suicide bombers are lionized in certain parts of the world as "martyrs."

Victims of terror bombings are sometimes also referred to as "martyrs."

Murderous brutes launch rockets from the courtyards of mosques or school playgrounds, hoping to draw retaliation at the launch point. The inevitable casualties will be hailed as "martyrs," while the monsters ultimately responsible for their deaths will have slunk away, dragging their portable rocket launchers with them.

None of these, though, are "martyrs."

As a young boy in a fairly progressive Catholic school there were often times during the school day when I had finished my assignment and was free to pull a book off the shelves to read.

The options were fairly limited, of course, but there was all the excitement and adventure (and blood and guts and gore) a boy could wish for in The Lives of the Saints. Oh, sure, some stories were boring -- impossibly good priests or nuns, devoted to prayers and scrubbing floors, reluctantly performing miracles for the faithful who gathered 'round in expectation -- but, then, there were the stories of the martyrs.

Early Christians endured hundreds of years of persecution before Constantine had his vision of the Cross. The persecutions produced legions of martyrs -- men and women and children singing hymns of praise and thanksgiving as they bravely marched into the Coliseum to be devoured by lions or hacked limb from limb by gladiators.

Later, of course, I would learn that the Romans had been remarkably tolerant of other faiths in their day, co-opting the local deities whenever they conquered a region, building temples to the local favorites (and doing their best to identify the hometown heroes with someone in their own pantheon). The trouble was that the early emperors also co-opted the eastern idea that rulers were gods on earth, thus entitling them to sacrifices. It became something of a loyalty oath -- give the emperor his stick of incense and worship whoever else you wanted.

This the Christians could not do. (Well, some did, of course, but none of them ever made it into The Lives of the Saints.) Jesus had taught the early Christians to render unto Caesar the things that were Caesar's and to God the things that are God's. And they took Him quite literally. Worship was over on the God side of the line and hundreds -- thousands -- of Christians refused to cross that line.

The Christian martyrs did not court death. They hid out. They tried to fly below the radar (the Catacombs, surely, qualify). Like Thomas More in a later age, they tried to say nothing rather than say anything that would damage their lives here or in the Hereafter.

But, sometimes, the Christians were forced out into the open. Perhaps they were betrayed. Or the local officials were required to make a proper demonstration. Each tale of martyrdom had its unique elements. But there was a unifying theme: The Christian martyrs did not volunteer to die; they were condemned because of their faith. They did not choose death except as a less evil alternative to dishonor and damnation. They had to choose between sacrificing to the emperor or sacrificing themselves.

In making this awful choice, the Christian martyrs became braver than the bravest firefighter or police officer or soldier. The firefighter or police officer is trained to cope with danger and learns to live with the possibility that any call may be his or her last. Soldiers are trained to cope with the possibility that enemies will try to kill them -- and, preferably, how to kill the other side's soldiers first. But the martyrs knew they were going to die and they would not, and could not, fight back.

And they went in singing.

For a boy reading The Lives of the Saints, this was awesome, inspirational stuff. It made quite an impression on the Romans, too. Though the martyrs were anything but terrorists, their calm acceptance of their fate terrified many Romans. The deaths of the martyrs inspired a lot of Romans to convert. Eventually the bloody path of martyrdom led to the Milvian Bridge.

The important thing, for a modern person, is that the loser who wires his body with explosives trying to kill women and children at a bus stop is not a "martyr." He is a suicide and a murderer. He is a criminal. And, in the long run, he will inspire no one.
Posted by The Curmudgeon at 8:37 AM

Given the subject, I hate to use the word; but, damn you are a good writer.

Whilst I totally agree with your rant against the reinvention of the meanings of words - I, too, remember the earlier uses of gay and queer - and the inability of the younger members of society to accept a word may have multiple meanings depending on context, you may have fallen into the same trap.

One definition of the word martyr is "one who dies willingly rather than deny or change their religious faith". A suicide bomber dies willingly in the pursuance of their personal religious end - I'm not defending them or saying they are right. Whether it is for religious reasons or any other - if you want to kill yourself, do it, just don't take anyone else with you. They may not want to go yet.

Eileen -- Thank you for your comment. But I stand by what I said and I don't think the definition you've quoted contradicts me at all:

"One who dies willingly rather than deny or change their faith" -- that does not mean suicide -- and it certainly does not in the case of suicide bombers who are in no danger of being drummed out of their religion except by their own, stupid, criminal action -- and it says nothing about killing others at the same time.

Moreover, a suicide bomber is not pursuing a religious end; he or she is committing a heinous crime, both in the eyes of man and God.

I might be wrong here - but I suspect they don't think it is suicide. It is we westerners who have termed them "suicide bombers" - they believe they are warriors fighting a just war. Therein lies the problem - two sides speaking two totally different languages and with mind-sets that simply cannot comprehend that of the other. They have a distorted view of their religion.

The greatest irony? According to all the religious background, the god at the far end is the same for all of them, whether Christian, Jewish or Islam.

I believe many Christians (myself included) don't agree that Islam's Allah is the same god as the Jews' & Christians' LORD.

That they are not the same seems obvious from the contrast between the behaviour of their respective adherents.