Ellee Seymour's comment to yesterday's post mentioned the new TV courtroom drama The Good Wife. The series is supposed to be set in Chicago.

I haven't watched most TV courtroom shows, in fact, and hardly any of the dramas.

The kids made me watch a couple of episodes of Law & Order within the past year -- and, yes, I know the show had been on for nearly two decades by then. 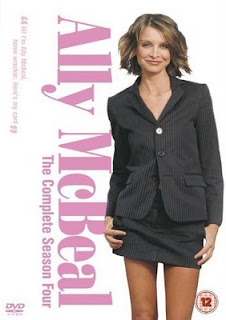 Part of my problem with TV courtroom shows is that they are totally unrealistic. For example, I may have watched an episode or two of Ally McBeal.

In my experience, lawyers never wore such short skirts to court.

Even the ones who could.

And I never did understand the "dancing baby" phenomenon.... 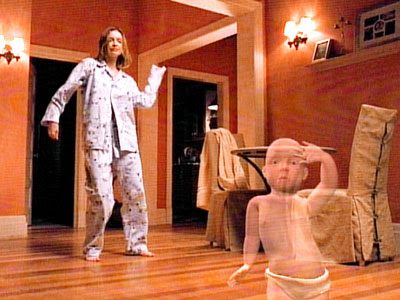 I did watch a few episodes of L.A. Law back in the day. 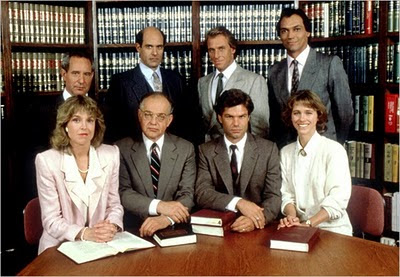 Or did you also think of it as Hill Street Lawyers? That's how I thought of it.

With all the extracurricular activity, I wondered how anyone found time to practice law in California. And Arnie Becker was a sure bet for disbarment in any non-TV jurisdiction.

For me, these shows only cause trouble: Viewers get unrealistic views of what lawyers can do -- and how quickly they can do it. They learn to think of lawyers as rich... but they never show anyone trying to get out a bill -- or collect on it once sent. And nearly every problem, no matter how seemingly complex at the beginning, could be solved in an hour, usually with someone breaking down on the stand during one of those five minute TV trials. Then, when I can't resolve a blood feud or get millions for a soft tissue case not worth $5,000, the TV-educated client blames me.

I blame this man: 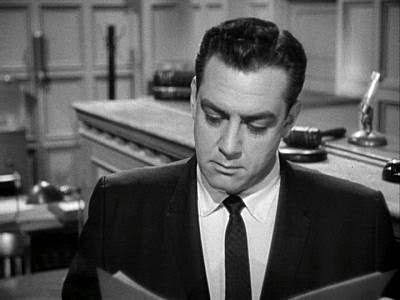 He did set the pattern.

Wouldn't it be nice to win every case? But does anyone else ever think of how awful it must have been to be Hamilton Burger? I do.

Oddly enough, my favorite courtroom drama isn't even set in the United States. 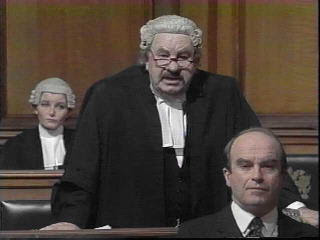 Leo McKern made Sir John Mortimer's Horace Rumpole a living, breathing, ash-stained, Chateau Thames Embankment-swilling flesh and blood role model for me. Rumpole of the Bailey occupies a proud place in my DVD library; I've read most of the books. I can not quote as readily (or extensively) as Rumpole from the Oxford Book of English Verse -- but I have been known to cite to the Bard when occasion appears.

Maybe I like Rumpole because it is impossible for me to gauge how unrealistic it may be.

My two favorite TV-lawyer shows aren't realistic at all either -- but they weren't meant to be. Neither were they dramas.

I was still in law school when The Associates had its all too brief moment upon the stage. Martin Short was in this one as a green associate; Sir Wilfrid Hyde-White played the senile senior partner. I remember laughing until I cried while watching this show.

Naturally, and probably because I liked it, The Associates was canceled after only nine of the scheduled thirteen episodes. Wikipedia says that the show has been re-run on Comedy Central and TV Land as recently as the 1990s -- but I haven't seen it since it's first run. I can't say if it really would be as funny to me now as it was then.

But my favorite TV court show clearly does stand the test of time. 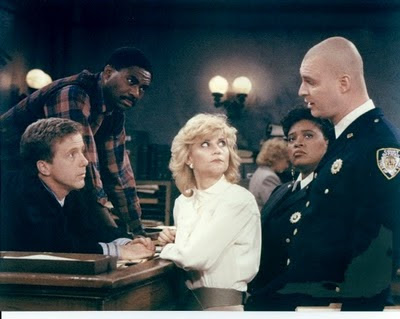 Night Court has been rerun recently and I had the chance to see a number of episodes. These are just as funny to me now as they were when I first saw them.

Now it's your turn. What TV courtroom shows are your favorites... and why? Ask your friends -- and tell them to leave comments, too.
Posted by The Curmudgeon at 9:53 AM

I'm an avid fan of 'The Good Wife'. It is much better than 'Ally McBeal'.

I like Night Court, too. Humor seems to get me before drama.

We appear to have similar tastes. You forgot to mention that Markie (?) Post was hot. And, more importantly, I met Mel Torme, kinda.

I was in Los Angeles and having dinner with a client at a pretty good restaurant in Manhatten Beach. I excused myself to visit the facilities and noticed a guy sitting by himself on the right side of the aisle as I walked through the restaurant. He smiled and nodded. I got to thinking and nodded, smiled and said "hello Mr. Torme" on my way back.

i loved the practice and jag!