President Obama did a lot more than lift the ban on federal stem cell research Monday. He came to the startling conclusion that scientific research should be based on science.

This will be a change. George W. Bush spent the past eight years making sure scientific research was based on conservative ideology, political manipulation and whim.

But haven't we merely substituted one ideology for another? My problem is that I don't know enough about either (1) the executive orders in question or (2) what stem cell research is and what it involves. I haven't been able to find the facts from reading the newspapers -- so I went looking for myself. Here are the results of my search.

In a March 11 post, conservative Catholic blogger Karen Hall wrote that Mr. Obama had not only removed Mr. Bush's 2001 restrictions on stem cell research, he also vacated a later executive order, Executive Order 13435. This assertion is confirmed at §5(b) of Mr. Obama's March 9 order.

The Secretary of Health and Human Services (Secretary) shall conduct and support research on the isolation, derivation, production, and testing of stem cells that are capable of producing all or almost all of the cell types of the developing body and may result in improved understanding of or treatments for diseases and other adverse health conditions, but are derived without creating a human embryo for research purposes or destroying, discarding, or subjecting to harm a human embryo or fetus.

The 2007 executive order seems to have been prompted by a couple of exciting breakthroughs in stem cell research.

See, the potential utility of stem cells derives from their unspecialized nature. Stem cells can be pushed and prodded into becoming all sorts of different cells, making it possible, at least in theory, for, say, spinal cord nerve cells to be regenerated, allowing a traumatically paralyzed person to walk again.

Adult stem cells, according to this primer from the NIH, "typically generate the cell types of the tissue in which they reside. A blood-forming adult stem cell in the bone marrow, for example, normally gives rise to the many types of blood cells such as red blood cells, white blood cells and platelets." It has long been believed that "a blood-forming cell in the bone marrow — which is called a hematopoietic stem cell — could not give rise to the cells of a very different tissue, such as nerve cells in the brain."

Research into both adult (somatic) and embryonic stem cells has been proceeding for decades now, and progress has not always been uniform or predictable. However, according to NIH, it is now believed that many types of adult tissues contain stem cells, including "brain, bone marrow, peripheral blood, blood vessels, skeletal muscle, skin and liver." And scientists have discovered that some adult stem cells can, under certain conditions, exhibit the property of plasticity -- that is, they too can become "pluripotent." Again, from the NIH primer:

The following list offers examples of adult stem cell plasticity that have been reported during the past few years.

Research along these lines may diminish -- and ultimately eliminate -- any need for "embryonic" stem cells.

There have also been exciting developments in embryonic stem cell research.

As the name suggests, embryonic stem cells are obtained from embryos. Human embryos.

But it may not really be necessary to sacrifice human embryos on the altar of Science: This Wikipedia article on embryonic stem cells cites a 2006 letter to the scientific journal Nature by Dr. Robert Lanza of Advanced Cell Technology "stating that his team had found a way to extract embryonic stem cells without destroying the actual embryo." The current edition of the Wikipedia article notes that this method was offered as way to get past Federal restrictions on embryonic cell research and that these restrictions have now been lifted. But -- if Dr. Lanza is correct -- there was no need to lift those restrictions.

And then there was another development, one I wrote about here, just last November. A team of researchers from the University of Wisconsin, led by Dr. James Thomson, found a way to transform "ordinary human skin cells into batches of cells that look and act like embryonic stem cells -- but without using cloning technology and without making embryos." (This link will take you to a November 21, 2007 Reuters news story about the breakthrough; the quote is from that article.) If the article is accurate, then -- again -- why do we need to 'restore' unfettered research into embryonic stem cell research?

I will say, in following links for this post, that I found Dr. Thomson's press release lauding President Obama's recent executive order. His statement includes this sentence: "Human-induced pluripotent stem cells — the transformed adult cells that seem to mimic the qualities of embryonic stem cells — would not have been possible without research on human embryonic stem cells." But if we already have an Indy car, do we really need to restore funding for the Model T? Well, Thomson writes, Mr. Obama's order will remove "a stigma that has discouraged many bright young people from embarking on careers in stem cell research."

Surely no stigma attaches to a scientist ethically trying to find ways to save lives and cure diseases. But, Dr. Thomson, why shouldn't a scientist who presumes to save some lives by sacrificing others be stigmatized?

For me, however, the key word in that sentence is the word "responsible." Science conducted in an ethical vacuum is irresponsible. Or do you wish to live on the Island of Dr. Moreau?

Is that reference too obscure for you? Well, how about this one? 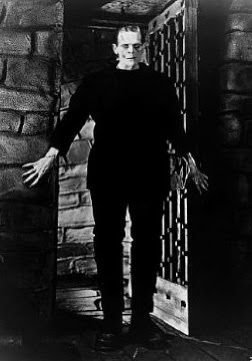 Writers have fretted about the need to link science and ethics for many years -- and have often prophesied dire consequences should science be conducted without regard for ethics -- without automatically being branded (or "stigmatized") as right-wing ideologues. Why, then, are policymakers who seek linkage automatically considered right-wing kooks?

Have we really seen a victory for science this week? Or is lifting the partial ban on embryonic stem cell research just another political win for a newly ascendant ideology?

And now I'll ask one final question, one which you may think is unrelated at first: Does public support for meaningful restrictions on abortion go up or down if embryos are no longer needed for stem cell research? I suspect the abortion lobby may need embryonic stem cell research more than the scientists do.

curmy correct me if i am wrong but i thought george bush was the first one to have the gov't finance ANY stem cell research and yes, the embryonic stem cell research was not illegal as the libs said, but just unfunded with our tax dollars.

now personally i am FOR all this research, but i did feel bad for george getting blamed for something he did for us. never enough, right?

but i could be wrong!

It all sounds a very uncertain area.

" . . . don't know enough about either (1) the executive orders in question or (2) what stem cell research is and what it involves."

me neether so I shall continue to read your post..

"I KNOW the abortion lobby may need embryonic stem cell research more than the scientists do."

Know, being the key word.

I suppose that since abortion is legal (but immoral) then these "frosty babies" would just be another form of abortion....therefore; their stem cells are able to be used or killed just like babies already implanted in human mothers.
I thought that placentas were a good sorce of stem cells. We kept them in a freezer when I worked maternity and the hospital sold them to cosmetic companies. You just never know what you are slathering on you face, do you?
I believe that from stem cells to euthanasia is a very short leap. Keep us posted, Curmudgeon.