Gentlemen, we've been sold a bill of goods about housework

Does this quotation sound familiar?


I like hugs and I like kisses,
But what I really love is help with the dishes!
-- Author Unknown

Maybe you've seen statements like this one in newspapers or magazines:


Seriously, seeing a guy put much thought into helping out with the daily doldrums shows he cares, which is a MAJOR turn-on. And, heck: If your woman isn't tired from housework, she'll feel more like... Well, you know...

Or maybe you've seen books like this one (available on Amazon): 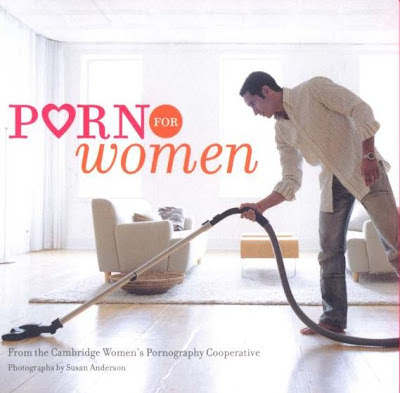 A new study just released by the University of Washington shows that "men and women who divide household chores in traditional ways report having more sex than couples who share so-called men’s and women’s work." By "traditional" the study's authors mean "traditional gender roles around the house – wives doing the cooking, cleaning and shopping; men doing yard work, paying bills and auto maintenance."

Of course, the linked press release from the University of Washington, by Molly McElroy, contains a politically correct disclaimer:


Husbands shouldn’t take these findings as justification for not cooking, cleaning, shopping or performing other traditionally female household tasks, warned lead author Sabino Kornrich, a former UW graduate student who is now a researcher at the Juan March Institute in Madrid. “Men who refuse to help around the house could increase conflict in their marriage and lower their wives’ marital satisfaction.”

But I thought rebellious thoughts anyway last night, as I scrubbed the dinner dishes... and then it occurred to me: Never increase conflict in a marriage in a room where there are all sorts of knives....
Posted by The Curmudgeon at 9:32 AM

Email ThisBlogThis!Share to TwitterShare to FacebookShare to Pinterest
Labels: Family, Just for giggles, News and Views

Saw the same article about the study and had the same reaction. I knew the whole thing was just a trick.