Why is New Year's Day a big deal? 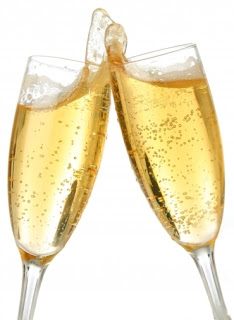 Turning the page on the calendar seems like a poor reason to get pie-eyed and stupid.

I know people like to make New Year's resolutions. I don't know why. Why should one day be better than another for undertaking some positive change?

What I see is that the paperwork that attends the end of any old month is greatly increased at the end of every December. I have to do more and different things with my record keeping now because I write a different year today on my checks than I did on Monday.

There's a basis for Christmas -- the birth of the Child at Bethlehem may be forgotten by many, and downplayed by many more -- but all one does not have to look far to understand why December 25 is such a big deal (even if December 25 really isn't the actual birthday of Jesus). But why is January 1 important?

In ancient times, the year was believed to start in March. Presumably the year could start at any time. There's no particular magic in picking out one day in the course of Earth's transit round the Sun and saying this is the place to begin. Indeed, a circle has no beginning (OK, I know the Earth's orbit is more oval than circular -- but you get the idea).

But even if we pick out January 1 as the start of the year because it must start somewhere, why should that be a big deal?

January 1 is the day when fees go up, postage goes up, taxes go up -- excuse me, but where in any of this is there cause for celebration?

Liturgically, January 1 used to be the Feast of the Circumcision of Jesus (Jesus's bris, in other words) and now it is the Solemnity of Mary, Mother of God. But while that's an important milestone, it seems far too narrow a base on which to build a huge public holiday.

If it's important to you, I wish you a Happy New Year. Me, I just hope tomorrow is better than today -- and I'll have that same hope tomorrow, too.
Posted by The Curmudgeon at 12:08 PM

Our year has been great. Most of my family got the stomach flu over Christmas, so instead of going to California to visit my family for New Years, we stayed home. But it's been nice. Once everyone started feeling better, we did a lot. My husband took the boys fishing one morning. We went to the zoo. We went golfing. I bought a new bike and we've been biking a lot and visiting the park. So I can't complain at all about this year. I hope yours is going well!