This post is reprinted in its entirety from The Blog of Days, my new blogging venture. I hope you'll bookmark it or put it on your reader and, even, sometimes, occasionally glance at it. I promise posts will be generally shorter there -- and there will be a predictable theme, namely, providing something to celebrate or commemorate on each and every day, Saturdays and Sundays included. I haven't set up a blogroll there yet, but I will if there's any interest. Meanwhile, thanks for looking at today's Blog of Days entry here on Second Effort.

The United Nations officially designates today as World Press Freedom Day, which seems just a touch ironic, given the high esteem and regard in which journalists are held throughout so much of the world.

Of course newspapers and newspaper reporters haven't always been so popular in the United States either. General William Tecumseh Sherman once said, "If I had my choice I would kill every reporter in the world, but I am sure we would be getting reports from Hell before breakfast." He wanted to hang reporters as spies from time to time, and he was not the only general who felt that way. But they weren't always right.

But this discussion is contrary to the spirit of the occasion. Instead, to get in the mood for today's celebration, how about renting or buying Humphrey Bogart's 1952 classic, Deadline USA? I found a small snippet of the finale on YouTube which I present herewith in the good faith belief that, in context, this is a fair use:

It's not just me anymore. You'd have to stop every newspaper in the country now and you're not big enough for the job. People like you have tried it before -- with bullets, prison, censorship -- but as long as even one newspaper will print the truth, you're finished.

That speech always mists me up some. 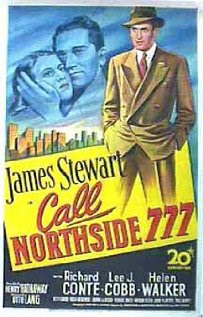 If you can't find Deadline USA for rent or sale today, consider watching the 1948 film noir, Call Northside 777, with Jimmy Stewart as a crusading Chicago reporter -- a Chicago movie that was actually filmed largely in Chicago.

If you'd prefer lighter fare, you can't go wrong with the 1940 screwball comedy, His Girl Friday, with Cary Grant and Rosalind Russell. His Girl Friday was a remake of the 1931 movie, The Front Page, with Pat O'Brien in the Rosalind Russell role. If you don't know these movies, you'll scratch your head for awhile over that one. The Front Page was originally a play, written by two Chicago newspapermen... but this is The Blog of Days, not cinema appreciation class.

So raise a glass today to all the ink-stained wretches, an increasingly endangered species. To the Fourth Estate!
Posted by The Narrator at 8:34 AM