Dear Anti-NATO protestors: What are you for?

I get it. Honest, I do. You're against the war in Afghanistan.

Chanting is great; thinking, though, is better.

We went into Afghanistan, in the aftermath of 9/11, because the Taliban regime was harboring -- serving as a base of operations for -- Al Qaeda, the very sick and twisted people who brought down the Twin Towers and crashed another airplane full of civilians into the Pentagon.

They'd all been our friends once. You probably don't know any of this because your memory doesn't go past the first screen on your Facebook page, but most of the Taliban and Al Qaeda -- even Bin Laden himself -- were mujahideen that we supported when they were resisting the attempted Soviet takeover of Afghanistan. "Friends" may be too strong a word for many of them -- although some of them were apparently friendly to us, then -- but at least they were the enemy of our enemy.

I know, I know, you probably didn't learn about the Soviet invasion of Afghanistan in school -- but that's the reason why the U.S. boycotted the 1980 Moscow Olympics. You could look it up on that neat phone your parents gave you for graduation.

Anyway, by 2001, the bloom was definitely off the rose: If the Taliban weren't going to give us Al Qaeda, we were going to take them. And (although Bin Laden and a few other big fish got away) we did what we set out to do, tearing up Al Qaeda's infrastructure and kicking the Taliban out in the process. Kicking out the Taliban meant, by default, we'd gotten involved in an Afghan civil war.

Apparently, there's almost always a civil war on in Afghanistan, at least since 1978 or so, when a Soviet-backed regime seized power in a bloody coup. The Soviets tried to prop up their proxies, eventually committing thousands upon thousands of their own kids, and history will recall this as one of the nails in the coffin of Soviet Communism.

Kids, you can criticize our Military-Industrial Complex all you want. I do. Heck, even President Eisenhower did. But American policy in Afghanistan never included hopes of conquest. If we've nevertheless been guilty of propping up the corrupt regime of Hamid Karzai, what would you suggest as an alternative?

The only alternative I know of is a return of the Taliban -- and they do kooky, nutty things like blowing up 1,700 year old statues because the statues are un-Islamic. (Not that they could be otherwise, given that they were carved centuries before the Prophet was born, but logic is not the strong suit of these fine men.) Educating your daughter is a death penalty offense with these charming and delightful folks, for parents and daughters alike. They gleefully blow up girls' schools (there really aren't any mixed schools) -- and they think gang rape is a perfectly acceptable means of punishing a girl for daring to appear in public without a male relative as her escort. No, as a general policy, maybe we should be like Starfleet and follow a non-interference directive... but isn't it kind of hard not to take sides in this case? I mean, seeing as how we were already there?

But, relax, kids, you've already won. The United States is bailing out of Afghanistan as soon as possible. We're trying to make our retreat look dignified, unlike some of our so-called NATO allies (the French for example?) who are racing pell-mell for the exits. The hope is that, somehow, with our additional expenditures to train and equip his troops, Karzai will be able to hold on for a decent interval after we've gone.

We tried to train and equip the South Vietnamese, too. 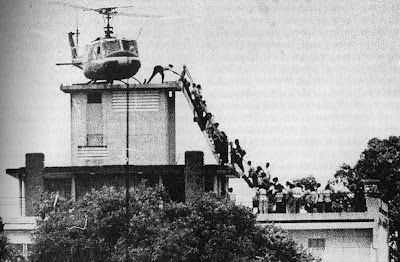 As I remember, it seemed like an awfully short time between our pullout and the fall of Saigon. Maybe it will be different this time. Maybe.

But, hey, kids, don't give those Afghan people a second thought. Not that you've given them a first thought.


Yours sincerely,
Curmudgeon
P.S. -- A bunch of y'all were still out marching yesterday afternoon when I left the office to go out on errands. All the big shots have gone home and you're still messing up traffic? Go home.
Posted by The Curmudgeon at 10:20 AM

Email ThisBlogThis!Share to TwitterShare to FacebookShare to Pinterest
Labels: Decline and Fall of Western Civilization, Neighborhood, News and Views, Religion AND Politics, Roadkill -- politics in the middle of the road, Soapbox

this is brilliantly written and easy to understand, i wish you'd print it out and give it to them. if they can read.