Dear Anti-NATO protesters: I'm with you... unless you start messin' up my town

I guess that's probably giving you too much credit. Most of you wretches probably don't even know what NATO is. But you're here and you're angry and you want me to know that you're part of the 99%.

I look at Facebook sites like The Peoples Boycott (apparently one of the things you're boycotting is apostrophes) and I agree, generally, with many of the cartoons and other images you've posted there.

A sampler for those who haven't seen this stuff: 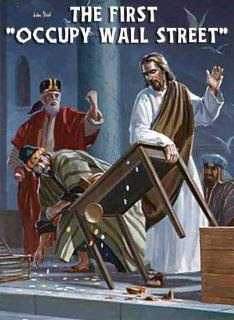 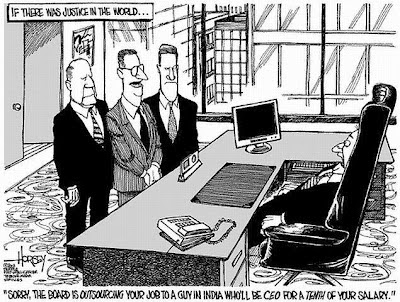 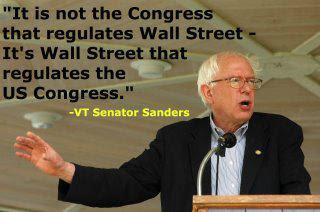 Break up the banks? I'm for it. I've said so here.

Now... what do you propose instead of the handful of megabanks that dominate our economy?

Some poor idiot was quoted on the news last night as favoring a "barter system." Um... no... that won't work. Sorry.

And you're against war.

If you'd ever studied American history (not necessarily your fault since it's barely even hinted at in schools anymore) you'd know that most of our greatest soldiers were against war, too.

But how do you propose we stay safe in the real world with determined adversaries entirely hostile to our way of life?

Besides you, I mean. 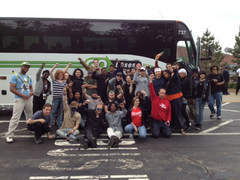 The Chicago Sun-Times got a reporter placed on one of the highway buses transporting useful idiots to Chicago from all over the country. Kim Janssen was on a bus from New York. According to Janssen's report:


An additional 16 buses — funded, like the Occupy Wall Street bus, out of a $218,000 donation from anonymous donors and National Nurses United — are due to arrive in time for Friday’s "Robin Hood Tax" rally from Los Angeles, Oakland, Portland, Boston, Atlanta, Philadelphia, Providence and Washington, D.C.

One of the folks on the New York bus was Shen Tong, "a student leader of the 1989 Chinese democracy protests in Tiananmen Square who became a tech millionaire after he was exiled to the U.S."

Hey, wait -- if he's an Internet millionaire, doesn't that make him part of the evil 1%?

And I'm thrilled to welcome visitors to Chicago, even you crazy kids on the bus -- I'm proud of my city, and happy to show it off, even if I'm not always enamored of the weather or our politics -- but I have to wonder.

Instead of sweeping bums, kooks and weirdos off the streets of other American cities and sending them here to yell about things they don't understand, couldn't that $218,000 have been put to a better use... couldn't those donors have bought $218,000 of JP Morgan Chase stock and voted it against Jamie Dimon's $23 million salary and against his continued employment? We just bailed this bank out -- you, me, and any of those folks on the bus who actually paid any taxes (there must be some, besides the aforesaid Mr. Tong) -- but Chase just pissed away another $2 billion in more derivatives gambling and Dimon keeps his job? Has no one learned anything? (Don't you worry, though: Chase will get that $2 billion back by jacking credit card and checking account fees, so everything's good, right?)

Anyway, Welcome Protesters! Have a good time. Clean up your messes. See the sights, shout your slogans, rush the TV cameras.

But don't be startin' no trouble -- 'cause, if you do, and if your empty heads get busted, I have no sympathy for you at all.


Yours sincerely,
Curmudgeon
Posted by The Curmudgeon at 9:22 AM

Email ThisBlogThis!Share to TwitterShare to FacebookShare to Pinterest
Labels: Decline and Fall of Western Civilization, Neighborhood, News and Views, Roadkill -- politics in the middle of the road

Thanks for your comments re Estonia. There aren;t many Estonians anywhere, I think, tho Chgicago may have nearly as many as in Estonia whihc only has 1.4 million folks for a country the size of Belgium. At any rate, after seeing what not being able to protest meant to a nation, I am a bit more sympathetic to protesters. As you often say, politics in the middle gets you whomped from both sides.