The stock market as casino for idiots: Exhibit A 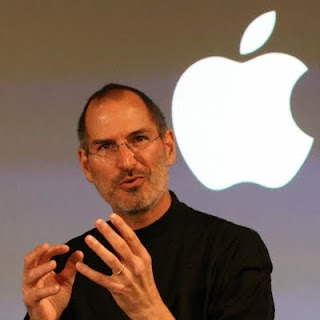 Steve Jobs is as closely identified with Apple as Bill Gates ever was with Microsoft. Whether it was truly the cause or merely coincidental, Jobs' return to Apple and Apple's return to prominence are inextricably linked in the public mind. Now Mr. Jobs advises he must stand down from Apple for a time for reasons of health. His prior serious health problems give investors reason to fear that he may be unable to return to Apple soon -- or ever. It is therefore no surprise that Apple stock took a substantial hit in pre-market trading this morning.

But, says CNN this morning, "Nasdaq-100 (COMP) futures, a proxy for the tech sector, slumped ahead of the opening bell" today because of speculation over Mr. Jobs' health.

The entire tech sector falters because the individual most closely associated with a leading company in that sector has health issues?

Now, anyone who takes investment advice from me must be an idiot. I've often claimed that my level of financial sophistication is such that I can't decide between a Christmas Club and passbook savings account as an investment vehicle.

But even I can see that, if the alpha wolf is injured, an opportunity is created for the other wolves in the pack to improve their status. Here is the chance for a technology company heretofore languishing in the shadow of Apple to emerge as the new and innovative leader. Intelligent observers, like naturalists following a pack of wolves, should have already identified the likely competitors for the post of alpha male and should be putting money from Apple on one or more of its competitors. Logically, the sector should not shrink on news of Mr. Jobs' misfortune; if anything, the sector should stay constant or even move up somewhat as smart investors put their money behind the most likely candidates to take advantage of any missteps by Apple during Mr. Jobs' enforced absence.

And maybe some of this is going on quietly and behind the scenes. But that's not what's being reported. And, if the entire sector really falls today, we have further proof, if proof were truly needed, that the stock market, as it currently operates, is not an engine of prosperity, but a casino for idiots. The stock value of a Company A goes up before the company makes any money; the stock value of Company B goes down because Company B failed to make as much money as people outside the company guessed they might make.

And we bailed these people out, ladies and gentlemen, the Wall Street titans and the banks that conspire to lose money with them. I have charge cards issued by banks that are charging 24% or 27% on charge card balances. These same banks are paying one-half of one percent or less on CD's. Isn't that enough of a profit margin? Why are banks also allowed to play in the stock market?

And the supposedly anti-business Obama administration deems all of these enterprises all "too big to fail."

But the rest of us aren't too big at all.

Yes, playing the stock market is just like being in a casino. The house always wins.

I couldn't express any better what you and Jean-Luc just said.

I *Sigh* when I read news articles that claim unemployment figures are better than expected, or the economy "seems" to be improving...as I see more and more friends and family being laid off from jobs, and job benefits and annuities slashed.