Getting a handle on public budgets: Curmudgeon talks about the State of the Union

The Red Meat Republicans and the True Blue Democrats will shout at each other across the cultural divide, each hearing only the plaudits of their own partisans.

So maybe taxes need to go up. But nobody wants to waste money. Until you have a handle on the budget, though, how can anyone be sure that we're not wasting money?

How do we get a handle on the budget without immediately falling into partisan rancor?

If it were up to me, I'd suggest getting a camera. I'd take a picture of the Dirksen Building in downtown Chicago. 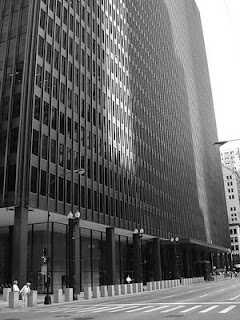 I would explain that I know pretty much what goes on in here -- the Seventh Circuit and the District Court for the Northern District both sit here.

But my next slide would be of the Kluczynski Building across the street (that's the one with the Calder stabile in the courtyard): 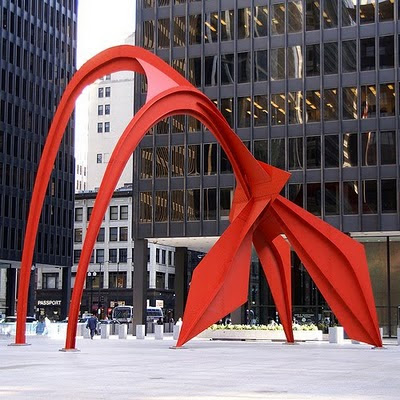 The next slide would be of the Metcalfe Building at 77 W. Jackson. Same question: What goes on in here? 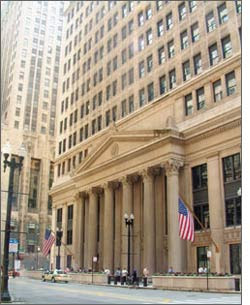 The Federal Reserve has it's own building in Chicago at 230 S. LaSalle; I'd illustrate this point with a picture of same. (Wikipedia says the Fed also has a check processing facility in Chicago as well, near Midway Airport.) 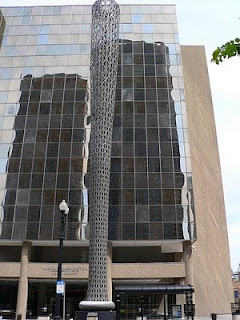 When talking about the federal budget, everyone goes right to Social Security and Medicare -- and these are two big line items, surely.

But who's in all these other buildings? What are they doing? Is everything that all these people are doing really necessary?

You want to raise my taxes? I'm willing to listen. I think a lot of people would be willing to listen. But the proponent of tax increases will have to start by telling us what everyone in these buildings does and why each program is equally vital. Then we'll go to the federal office buildings in all the other cities.

When we're done sorting out which programs we really need and which we don't, then we can start looking at the cost of administering the programs that we do need. I admit that the danger of partisan bickering exists every time we examine whether there really is a need for a particular program. But at least if we're focusing on the alleged need for continued subsidies for buggy whip manufacturers and a bureaucracy to administer same, we're not talking about cuts in Social Security and Medicare and starving our parents or grandparents.