A new Sox vs. Cubs comparison

Couldn't leave All Star Week without this one: 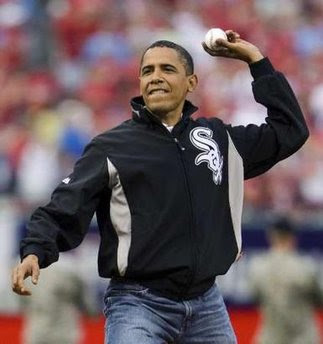 Shortly after this Reuters photo was taken, my phone rang. It was my friend Steve.

"I know you don't always agree with the guy," he began, "but, you have to admit, it's pretty freakin' cool to see the President of the United States pop out of the dugout wearing a White Sox jacket to throw out the first pitch in the All Star Game."

I agreed. Long Suffering Spouse and I were just saying the same thing, I told him.

The White Sox have the President of the United States as their First Fan. 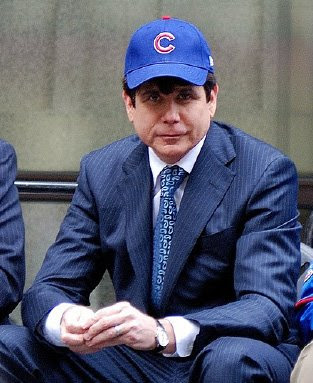 Former Illinois Governor Rod Blagojevich. That link will take you to the copyrighted photo by Jeffrey C. Johnson; this copy obtained, with Mr. Johnson's kind permission, from Flickr.
Posted by The Curmudgeon at 7:10 AM

Email ThisBlogThis!Share to TwitterShare to FacebookShare to Pinterest
Labels: Just for giggles, The Sporting Life

seriously curmy, look at that photo, he throws like a girl.