And then there was one... complications of auto repairs 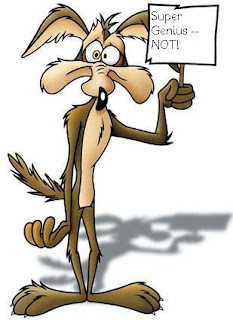 I never feel more helpless -- and stupid -- than when I am seeking repairs for an automobile. I know virtually nothing about cars except, arguably, how to drive one.

Middle Son was lamenting just the other day that he, too, is not a "car guy." Predictably, he said this was my fault. "If the dad's not a car guy," he explained to his mother, "the sons won't be car guys either."

Long Suffering Spouse rose to my defense, sort of. "Not so," she told Middle Son. "It's not something that necessarily runs in families. Your grandfather was definitely a car guy, but your father isn't."

"That's the point," said Middle Son. "Dad wasn't paying attention -- again -- and now I have no example to follow."

The truth is I am not a car guy. And I am ashamed to admit it.

Of course, I don't have to admit it in the presence of real live car guys. They know. They can sense it.

And, of course, they take full advantage whenever I present a vehicle for repair.

I can't blame them, of course, any more than than a zebra could blame the attacking lion. Just like the doomed zebra, though, I wish that someone else had been selected as a target.

The latest illustration of this sad truth began over six months ago. Long Suffering Spouse brought the family van in for an oil change. When the oil change guys suggested that she also have the tires rotated, she assented.

At some point, she tells me now, she began to think it was taking an inordinately long time to take the wheels off and put them back on. Especially when they use those pneumatic drills.

But no one told her anything was amiss until she went back for the next scheduled oil change. Tire rotation was again suggested and she again agreed.

But now the lug nuts wouldn't come off on one wheel. Someone had cross-threaded the lug nuts on the wheel studs and forced them into place instead of rethreading them.

And with a pneumatic drill you can apply a lot of force. Two of the wheel studs snapped off rather than yield up the lug nut firmly affixed thereto.

The oil change people told Long Suffering Spouse all this and thought they were entirely off the hook when she pointed out that they were the only ones who had rotated the tires. They consulted their computer records and saw that she was right.

They promised to order replacement parts and repair the damage. But we didn't hear back from them and, in the press of events, forgot about it until the next time the oil was due for a change.

Now Long Suffering Spouse sent me in her stead. I found they had the parts, sitting in the bottom of a can in the store's small office. They'd been there long enough that no one quite remembered why they were there. Until I reminded them.

Ah, yes, I was told... but we can't do this today. You need the Assistant Manager and he, they said, was off that day. Come back, they said, on a Sunday when things are slow and he's here.

Well, things aren't slow in the Curmudgeon household on Sundays and the van is usually at the center of family activities. But after baseball a couple of Sundays back, I brought the van in... only to be told they were closing.

I went back again on Friday. I had a meeting in the suburbs and I had negotiated the use of the family van to travel there and back... so I brought the van in and found the Assistant Manager. Yes, he was indeed the one to do it... but not then. See, he'd have to bring different tools from home.

"Confidentially," he told me, "the ones we have here are terrible. But I'll bring in my tools and we'll get it done. Bring it back on a Sunday when things are slow."

Well, it rained yesterday, wiping out Youngest Son's doubleheader and leaving me with no choice but to bring the car in.

The moon and the stars and the planets seemed to be in alignment. The Assistant Manager was in. He had his tools. They still had the parts.............

.............and a half hour later the Assistant Manager told me that he couldn't do the job. In fact, he'd broken another wheel stud.

"But," he told me, "my father can do this in 10 minutes." His father, it seems, works in a garage all the way across the North Side. "My father says you can drive on three studs if you drive normally. Take it over to him now; he's waiting for you."

What choice did I have? I went, taking with me the parts that the Assistant Manager had been unable to install.

The garage was attached to a gas station. There were four service bays and a big side lot where cars in various stages of repair were situated. There were three tow trucks parked by the street, too, each one bigger than the next. And there was the Assistant Manager's father waiting for me, as promised.

He took the car in, put it up on a lift, and -- after lots of banging and clanging -- got the wheel off. I could tell that much without being a car guy.

I could tell, too, that it was taking a lot longer than 10 minutes.

Eventually, the Assistant Manager's father came out and found me, where I'd been loitering in the gas station driveway, to tell me that the parts I'd brought with me were the wrong parts.

But my new friend (we'll call him Eduardo) had no answer to that question, only a proposal. He'd call Muhammed, the guy from the nearby auto parts store and ask him to bring over the right parts.

A little while later, a white pickup truck pulls up and a young man in a red shirt and black trousers jumps out with a small bag and a sheet of paper and goes looking for Eduardo.

I hung back, watching at a respectful distance, hoping that this might now be over, wishing I had more cash with me because I could see that this free 10 minute favor that a father was doing for his son was going to cost me money. Especially now that Muhammed and the auto parts store were involved.

But I was premature. Muhammed had also brought the wrong parts.

Muhammed tried again, going and coming back in his little white pickup truck, but Eduardo still wasn't satisfied. No, he said finally, a new wheel would have to be procured and installed. But the wheel could not be ordered until the morning. I could leave the van there overnight and pick the car up on Monday afternoon. By this time -- hours later -- I was a bit numb, but I don't think I misheard the price of the new wheel: $266. And I don't know what the garage will charge to actually install it.

I hope that all of this was necessary. But I don't know whether it is or not: When it comes to auto repairs, I can't tell bulljive from bullion. In the meantime, we're down to one working auto at home, and summer jobs and summer school are pulling family members in every direction.

Yes, yes, I'm hoping that the oil change place will reimburse me. But first I'm hoping I get the van back without any additional problems.
Posted by The Curmudgeon at 11:38 AM

My husband is hopeless with cars too, but my two brothers can change oil.

But, you are a lawyer. Illinois got an attorney fee statute that covers this?

Do you ever listen to the radio show on NPR or PBS systems -Car Talk? This sounds to me like a perfect example to call in and ask the brothers there if you've been had and what they think would be fair compensation to you for your time, the outage of your vehicle, etc. I don't know what time they are on in your area -I think they are on at 4 p.m. Sunday in the eastern time zone but I betcha they would have lots of suggestions for you and also for LSS in being able to spot mechanics who like to take folks for a ride from time to time, just not necessarily in the vehicle though.