On the passing of Nora Ephron

Would Meg Ryan have become America's Sweetheart if not for Nora Ephron? 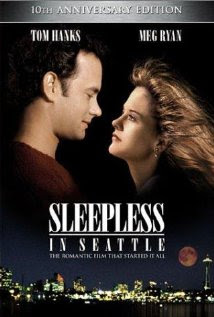 After When Harry Met Sally, Sleepless in Seattle, and You've Got Mail, I thought Meg Ryan would be impossibly cute just reading the phone book. Then I saw her in When a Man Loves a Woman, playing an out-of-control alcoholic....

True, Ryan did make Joe Versus the Volcano without Ephron and, many years later, Kate & Leopold, and these were good -- but When Harry Met Sally (which Ephron wrote), Sleepless in Seattle, and You've Got Mail (both of which were written and directed by Ephron) were clearly better. And Meg Ryan was cuter. I think it can be seriously argued that Ephron made Ryan cuter.

How good was Ephron? Her 2005 movie, Bewitched, was only OK -- but I found it possible to watch Will Ferrell in that movie without becoming physically ill. I can't say that about too many Will Ferrell movies.

I don't know for certain how much input she had in them (I'm guessing it was considerable) but the soundtracks to Sleepless in Seattle and You've Got Mail introduced new generations to the music of Jimmy Durante and Louie Armstrong. 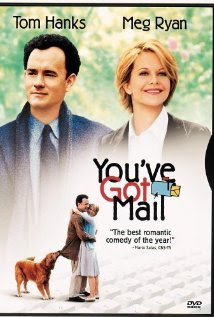 I recently saw You've Got Mail on cable, though, and it reminded me of my one objection to Ephron's films.

Hanks and Ryan are emailing each other, anonymously, from the beginning. They are not physically cheating on their respective partners but... emotionally? In Sleepless in Seattle, of course, Tom Hanks is widowed, but Meg Ryan is living with (and engaged to) Bill Pullman.

I know, I know, these are movies for grownups, and people who have reached the ages of the characters in these movies need to have 'pasts' to be remotely realistic. But must their pasts be so present? Couldn't Greg Kinnear have been living down the hall? Bill Pullman's character probably wouldn't have minded separate establishments before marriage.

I am reminded this morning when reading Ephron's obituary that she was once married to Carl Bernstein (All the President's Men) and that he cheated on her with an alleged family "friend" while Ephron was pregnant. Although you'd think the novel she got out of the experience, Heartburn, might have have been enough, maybe she still needed to get even, in a way, through Meg Ryan's characters.

Or, maybe, given Ephron's obvious love of old movies, maybe she just wanted Ralph Bellamy to really get the girl... if only for a little while.
Posted by The Curmudgeon at 10:20 AM

Email ThisBlogThis!Share to TwitterShare to FacebookShare to Pinterest
Labels: Movies, News and Views

I always loved 'Sleepless in Seattle'


Throughout this grand scheme of things you get an A with regard to hard work.


The overall look of your web site is wonderful, let alone the content!