Trying to be fair: On the TSA cupcake controversy 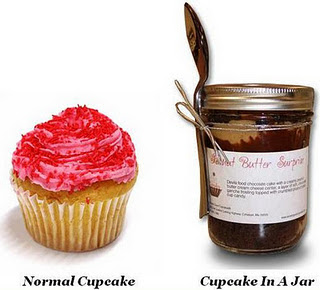 It was such a tempting story: A woman flying home to Boston from Las Vegas just before Christmas had her cupcake confiscated at the Las Vegas airport. In the stated view of the TSA agent on the spot, the frosting could be confused with an explosive gel. Either that, or the cupcake looked too delicious to be allowed on the plane. This was just the sort of story that I'd blog about. In fact, I checked the archives this morning just to be sure I hadn't.

I admit: I don't much care for the TSA. The TSA, in my opinion, is an enormous boondoggle, providing an authoritarian illusion of security, at tremendous expense and great inconvenience to the traveling public. (This is a bi-partisan complaint: The Bush administration foisted the TSA on us in the panicked aftermath of 9/11. But the Obama administration has done nothing to dismantle it. You'd think a constitutional law professor, even a part-time one, would know better.)

Anyway, I'm certain that most of the men and women who work airport security for TSA are just ordinary people doing a job to support their families. And a lot them probably take a lot of crap for it, too, from the unfairly inconvenienced traveling public. It must be particularly difficult for well-intentioned, conscientious TSA agents, especially because some of their TSA colleagues really are officious, nasty little tin-pot dictators with delusions of godhead.

The abuses of this minority lead to the inevitable parade of TSA horror stories (such as don't touch my junk! or searching Granny's diaper or many more in the Popehat essays linked below).

However. I want to be fair.

When I thought of "cupcake" I envisioned the pastry shown on the left in the photograph above. The AP reports today (via Yahoo! News) that the TSA is defending the actions of its Las Vegas employee on the grounds that the actual cupcake in question was a "cupcake in a jar" like the one shown on the right.

I wouldn't have recognized that concoction as a cupcake. And, I suppose, something bad could arguably be concealed beneath attractive icing.

I went looking for some of the initial press coverage about this matter that I'd seen online last month. I didn't find it. I can state that the press coverage I saw left no doubt in my mind that the cupcake in question was the familiar one, not the in-a-jar variety. Looking this morning, however, I find that the surviving coverage of the incident correctly identifies the kind of cupcake involved. 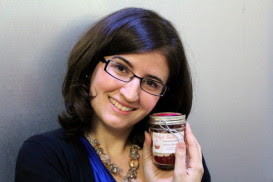 Indeed, this January 2 report, for the online Salem Patch, includes an image of someone (I believe it may be Rebecca Hains herself) holding up an exemplar of the controversial cupcake-in-a-jar.

My search today even revealed the original source for the story, an understandably sarcastic first person account by the aforementioned Rebecca Hains, an assistant professor of communications at Salem State University in Salem, Massachusetts, that appeared December 22 on Boing Boing. As one might expect from one who instructs others in communication, it is quite clear from Professor Hains' account that it was the in-a-jar sort of cupcake that was confiscated from her in Vegas.

I can't imagine how subsequent news accounts might have confused the issue....

Oh wait -- of course I can -- it's a much better story if the reader believes a traditional cupcake was taken. Starkly black and white -- no shades of gray. No momentary confusion on the part of fuddy-duddies like me who've never heard of a cupcake-in-a-jar to temper our initial flares of outrage.

So, to be fair, the cupcake in question was not what many of us think of when envisioning a cupcake. Of course, the TSA gate agent who questioned the cupcake-in-a-jar because of suspicions about the frosting, could have and should have allayed his fears by simply looking at the jar, opening it, perhaps, or maybe inhaling the fragrance. If doubt remained, one imagines that these could surely have been satisfactorily resolved by taking Professor Hains up on her offer to gobble up the cupcake right there and then, under the watchful supervision of as many TSA agents as may have been reasonably necessary to protect the western world against this sugar-based potential threat to national security.

Oh, wait, is my fairness is slipping? No. I am satisfied that I've now been fair: The confiscation of the cupcake -- even the cupcake-in-a-jar is still stupid and offensive. In my opinion.

But it's an ill wind that blows no good.

Wicked Good Cupcakes of Cohasset, Massachusetts has reaped a publicity bonanza from the cupcake contretemps, inasmuch as it was the supplier of the contraband confection. In fact, Wicked Good Cupcakes has changed the name of its "National Velvet Cupcake" to "National (Security) Velvet." That's wicked good.

And so, too, are these Popehat posts (beware of strong language):Remember what Ben Franklin said (circa 1755): "They who can give up essential liberty to obtain a little temporary safety deserve neither liberty nor safety."
Posted by The Curmudgeon at 11:21 AM

Just what do you mean by "strong language," you [750-word profane rant deleted]

well since i don't like the frosting part but only the cake part i suppose my cupcake (if i had one) would be okay to fly with (y'all)... yeesh, it's always something.

What a major coincidence.
I was just putting together a post today about none other than cupcakes. They are not the kind found in a jar, but they are expensive and rather gourmet-like.

I see our Empress Bee is still reminding you to take your vitamin, Curmy. Some things never change.

Just thought I'd stop by and say hi, after several years of non-visiting.