There's snow on the ground in Chicago this morning 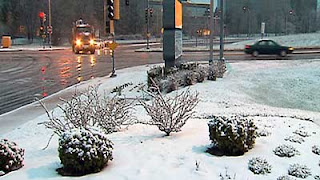 According to the Chicago Tribune (from which this image is also obtained), the .6 inches recorded at O'Hare this morning beats a record that has stood here since 1910.

More proof, if more were required, that anyone who predicts the weather according to the calendar is a fool, especially in Chicago.

Today's snow accumulation is mostly on cars and lawns, not on (the slightly warmer) streets and sidewalks. In other words, today's snow comes pre-shoveled. If only December snow were that considerate.

With the snow and the cold and the gloom, and with the White Sox on a four game losing streak, I needed a laugh this morning. This comic (which is reprinted from the Seattle Post-Intelligencer, but which I saw today in the Chicago Sun-Times) filled the bill for me. Allow me to share (click to enlarge or clarify): 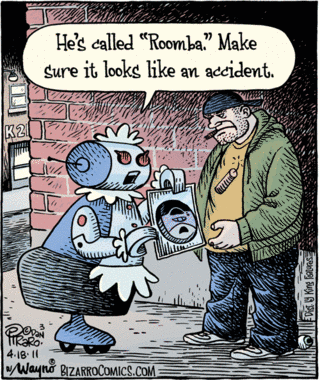 Posted by The Curmudgeon at 9:06 AM

Email ThisBlogThis!Share to TwitterShare to FacebookShare to Pinterest
Labels: Just for giggles

i am so slow! i had to look at that cartoon so long to get it but finally, i did... sigh.