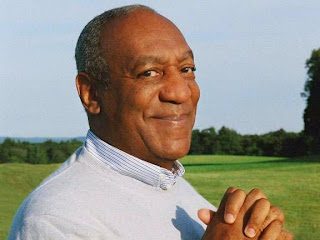 I liked Bill Cosby. A lot of folks did -- he was No. 1 for how many years on NBC? Even though I never met the man, I grieved when his only son was murdered -- even wealth and fame are no absolute defense against street crime.

It is impolitic to admit these feelings on the Internet at the moment, even in the past tense, because the only acceptable emotion now vis a vis the one-time Jello pitchman is supposed to be outrage. Bill Cosby must be a far-more gifted actor than the critics who panned Leonard Part 6 and Ghost Dad ever dreamed: While he was persuading Middle America that he was an inspirational family man, he was secretly soliciting, drugging, and then raping young women.

Couldn't he have obtained women just by flashing his winning smile and fat bankroll?

Every PI attorney has heard of the phenomenon of "jump-in claimants" -- how 100 people claim to be injured in a bus accident... when the bus couldn't hold more than 50 -- so it's possible that one or more of Cosby's many accusers is turning something consensual into something else. But jump-in claimants don't exist without a real accident.

Mr. Cosby's defenders, if there are any left, face an insurmountable problem: When six former altar servers independently accuse Fr. Smiley of groping under their cassocks in the Sacristy, Fr. Smiley's denials fall flat and his most ardent supporters look foolish. So it is with Mr. Cosby. There are just too many women coming forward. There are too many allegations. Even if some are false, it only means that some aren't.

But, still, I'm not just outraged. I'm really, really saddened, too.
Posted by The Curmudgeon at 9:25 AM

Email ThisBlogThis!Share to TwitterShare to FacebookShare to Pinterest
Labels: News and Views, TV

I feel the same way. I also felt this about Stephen Collins. Just so very sad. - Lawfrog

Stephen Collins was a bit of a shock, yes, with the extra added twist of a gross betrayal of confidentiality, not that it excuses in any way the original conduct.

But I never wanted to pattern myself after Stephen Collins. A guy like me who wants to tell amusing family stories... well, I wanted to be like Cosby. Can't say that anymore....

Completely agreed about the breach of confidentiality re: Collins especially since I'm a therapist myself.