I wasn't worried about the Mayan Prophecy of Doom. Until Now. 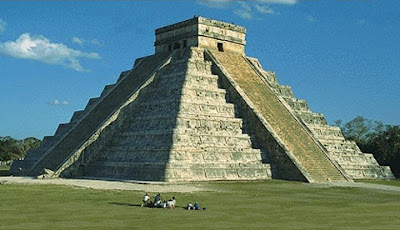 Oh sure, I've kidded about it. Made jokes. In 2010, I put up a post lamenting a news report that the Mayan calendar may have been mistranslated because, counting on the end of the world to occur as scheduled, my credit cards were on pace to max out at the end of 2012.

But, while I joked about the possible total destruction of the world on December 21 -- whistling past the graveyard, I think it can be called -- I never really, truly worried that it might be so.

You see what this means, don't you?

If the world doesn't end two weeks from Friday, it will mean that, this time, the government was right!

Now, seriously, what seems more likely? A phantom planet showing up and smacking our poor little Earth -- or the U.S. government getting something 100% absolutely right?

You're getting a teensy bit nervous too, now, aren't you?

Posted by The Curmudgeon at 7:10 AM

Email ThisBlogThis!Share to TwitterShare to FacebookShare to Pinterest
Labels: News and Views, Whimsy