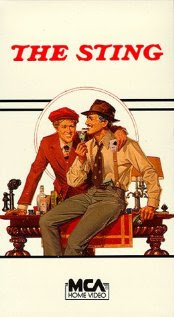 Marvin Hamlisch wrote lots of memorable music for stage and screen, including the Tony and Pulitzer Award winning musical "A Chorus Line," the Oscar winning score for The Sting (Hamlisch's adaptation of Scott Joplin's "The Entertainer" became a Top 10 hit) -- and he also had a hand in writing Barbra Streisand's "The Way We Were."

Well, they can't all be winners.

But Hamlisch also wrote Lesley Gore's "Sunshine, Lollipops and Rainbows," and that makes up for Streisand, in my book.

Anyway, the sad news from Tinseltown is that Marvin Hamlisch passed away Monday at the age of 68.

Meanwhile, in other entertainment news, Kanye West has revealed that his latest magnum opus, "The Perfect Bitch," is really a song about Kim Kardashian -- and this while Kanye and Kim are still (as the gossip columns used to say) a coosome twosome.

This disclosure raises some interesting questions:

If romance is not yet officially dead, can we at least say it's in a coma?

Remember when you couldn't say words like that unless you made it abundantly clear that you were talking about raising dogs (and maybe not even then)?

What might Mr. West call Ms. Kardashian when (as is inevitable) trouble develops in Paradise?

Meanwhile, the cause of death Mr. Hamlisch's death has not yet been revealed. But I can't help but think there's some linkage here.
Posted by The Curmudgeon at 1:30 PM

I've said it before but it bears repeating:

If we’ve gotta tolerate these sour-pussed Hip Hop hucksters bilking our youth out of every last dime of expendable income on degrading stuff that’s (generally) about as sophisticated as Mother Goose nursery rhymes - and often horribly degrading to women - can’t we at least demand that they smile big all the way to the bank?

And what the heck is wrong with parents that they'd willingly give their children money to support jackwagons like Kanye et al? Apathy reins supreme.

Ooof, that second "degrading" was supposed to have been "demeaning."

Rob, at the risk of putting you right over the edge, let me direct you to the ongoing saga of a 13-year old Chicagoan Lil' Mouse and his new, hit rap video "Get Smoked."