Singing along with the Curmudgeon

Now that Thanksgiving is behind us, my iPod has gone all-Christmas music, all-the-time. 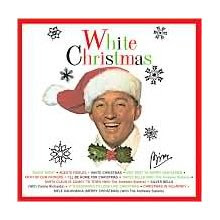 Variety may or may not be the spice of life; it is surely the spice of Christmas music. There can't be more than two dozen traditional carols -- but the variety of performers and styles makes it so pleasant. 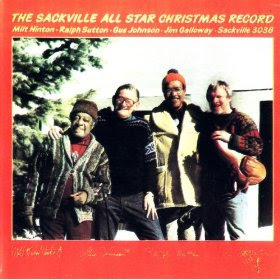 As the iPod shuffles along, Bing Crosby yields to U2. Ray Charles is followed by Mannheim Steam Roller. Yogi Yorgesson sings about playing Santa Claus at the PTA, Vince Guaraldi plays "Christmastime is Here," and some English church choir weighs in. My son-in-law, Hank, actually can tell which choir is which. "That's Canterbury," he might say. Or, "that's York. I've sung there." (He's gone on tour with his choir.) A couple of times, when he's made these assertions, I've checked. He's been right. I'm impressed -- I certainly can't tell one from another -- but I know which are the Beach Boys and which are the Chipmunks. Then the Boston Pops takes me for a "Sleigh Ride." And the Sackville All Stars and Doc Severinsen and Herb Alpert and the Tijuana Brass.... 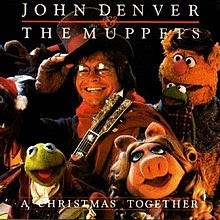 I don't think I could sit all the way through the Caribbean Christmas disc I bought a couple of years back -- most of the tunes aren't recognizable, to my Gringo-from-Chicago ears at least, as Christmas music. And my album of Medieval Christmas carols doesn't sound much like Christmas music either. One album is in Spanish; the other is mostly in Latin. But when one of these tracks gets shuffled in between songs by Julie Andrews and the Muppets, it's just wonderful.

What will be next? Pearl Bailey asking for that five pound box of money? Louis Armstrong asking "'Zat You Santa Claus?" No, it's the Philadelphia Orchestra doing the "March of the Toys."

I just returned from a mission to acquire three seven foot trees for our church. How about something that will ease a hurting back!