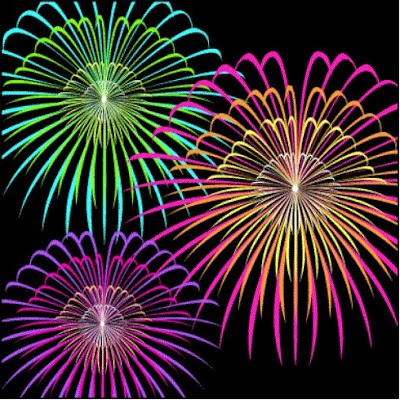 According to the Blogger counter, this is post no. 1500 on Second Effort. Technically, this might even be considered no. 1501: Back in 2007, I chose to delete a published post at the request of an individual named therein. I believe -- mind you -- that I was entirely within my rights; the individual was originally named in published court opinions from which I had quoted. But there was no compelling reason to leave the post up. The piece in question was supposed to have been humorous. I don't know whether anyone else found it funny, but that man did not. There was no reason for me to be a jerk about it.

So let's just call this post no. 1500. I wanted to do something special for the occasion -- but all my drafts came out needy or whiny or unusually self-indulgent. Even by my standards.

On the other hand, a great many of these 1500 posts have sounded needy or whiny or self-indulgent... so another post along these lines would be, in its own unfortunate way, appropriate.

Most of the posts on Second Effort have been substantially original. I'm proud of this. I republish comic strips or link to news stories from time to time, and sometimes quote more from news accounts than the Associated Press might like, but I think I've been pretty good about providing appropriate links and attribution. And I've tried to add something original, even on posts where I've used material created by others, whether because of the combination of things cribbed or because of the content I've added.

I've noticed, in my years out here in the Blogosphere, that blogs that focus on very specific topics tend to do better than blogs (like this one) that wander aimlessly among multiple, unrelated topics. I don't mean a blogger can write obsessively about her love of puppies or kittens and find a big audience -- but the dog breeder who has some expertise to share will probably develop a following. The person who posts a picture of a different kitten every day may find an audience, too. Writing incessantly about certain political topics should also develop a following... if only with the FBI or other law enforcement agencies.

I've also noticed a lot of self-revelatory or confessional blogs out here in the Blogosphere. I don't mean Post Secret; that's an ingenious (and wildly successful) single-topic blog, that topic being other people's confessions. I refer instead to the many deeply personal blogs that seem to come and go around here. Some of these are raw and screechy, but many have been eloquent, heart-felt, compelling -- and almost always short-lived. The blogger finally decides to leave her husband. The blogger recovers from a terrible disease. The blogger quits his or her job. I remember someone saying once that we -- all of us -- have one good book inside of us. Most people don't have another. Circumstances change. The person who couldn't start the day without venting on the keyboard eventually moves on.

There is an old rule of show business that no one is an overnight sensation. What seems like overnight success is usually the product of long labors in obscurity, honing one's craft. (The person who formulated this rule probably never heard of Justin Bieber.) So I remain here... honing away... thankful for those who stop by. But, c'mon, in this age of social networking and six degrees of Kevin Bacon, doesn't one of you know a book publisher?
Posted by The Curmudgeon at 12:50 PM

Congratulations and keep wandering aimlessly among multiple, unrelated topics as you are the best!

You are one of the most steadfast bloggers I've read. Keep at it.

I think that you have the market wrapped up. If the level of vitriol in the comment boxes of most other blogs is any indication, you already have all the pleasant, kind-hearted people reading your blog. If you want more readership you need to appeal to the baser instincts of the human animal. I, for one, think your writing is just the tonic this world needs.

I think it's a testament to you that you are one of two blogs that I still read regularly. To reduce the value of the compliment, very few of the blogs that I used to read are still around; but, I had and have high standards. Did that come out right?

May you continue in the mode of Motel Six and keep the light on for us.